The next viral wave? Yes! It's coming to a town near you! 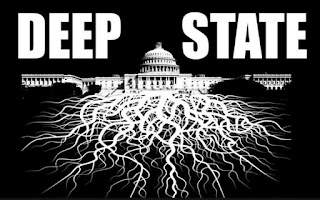 One aspects of life in America will be the coming of the fall viral wave, whether it's imaginary or not.

I'm very sure that the Democrats, in conjunction with media outlets like CNN and MSNBC, are even now putting the finishing touches on scripts that will be designed to intimidate millions of Americans this conning fall. When one thinks about it, it's almost too hard to pass up.

What we're talking about is real power to change not only the outcome of the November elections, but to also to have the Democrats tighten an already secure grip of fear over the citizens of a 'formerly' great Republic.

No matter how large or insignificant the influenza and Covid-19 resurgence might be, the left leaning media will surely paint its arrival with a very broad brush stroke. Rumors (started by them) will likely abound. Schools will remain closed, the economy will begin to tank with renewed vigor and the Democrats will be quietly celebrating the destruction of a Nation.

Is this some wild theory of mine? Not really, as the forces of evil are out and about even on this day! They're doing their best to be a wrecking ball for the economy. (You see the worse off everyone is, the more likely it will be that a man with true dementia will be elected President on November the 4th). Want proof?

Beginning in August, figures that are part of the deep state (aka Pelosi, Nadler, Schumner et al) will begin to really ramp up their doom and gloom forecasts (if that's even possible). And, what's this? Almost magically, there will be rumors coming out of China of yet another accident! Everyone will panic while thinking, 'Gee, what a coincidence!'
Posted by Dan Owen at 11:43 AM