Drug ads stick it to the public in the end!

Has anyone ever noticed how many drug ads there are these days on the boob tube? One evening, I counted something like twelve in a two hour period. As I sat on the couch in a sort of trance, it occurred to me that someone was sure spending a boatload of money on advertising for a product that only a doctor could proscribe. Could it be, I wondered, that doctors somehow also benefited from the association? Just how much extra profit does a doctor receive if he takes the advice of a patient and orders a brand name drug as opposed to a much cheaper generic drug that performs the same function?

A little research turned up the interesting fact that the pharmaceutical industry spends almost twice as much on promotion as it does on research and development. Now why would that be? Hmm. Next time you’re at the doctors, make sure you ask for the difference in cost between a labeled drug like Nexium at $100 for thirty tablets versus the generic equivalent for $50. If it’s a Medicare deal, who pockets the difference and who really pays the cost?
Posted by Dan Owen at 8:40 AM No comments:

Storms lining up across the Atlantic

While the 2010 hurricane season may have gotten off to a slow start, it looks as though things may end with a bang as a series of disturbances are now lined up all the way to the interior of .
While hurricane Danielle is fading away, there is still tropical storm Earl (edging towards full hurricane status as of this writing) and what is currently a wave (Invest 97 soon to be named Theona if it intensifies) to contend with as we move into the Holiday weekend.
Both Earl and Invest 97, should they develop into hurricanes, could pose a risk for parts of the East Coast of the by late next week.
Posted by Dan Owen at 9:47 AM No comments:

Jamaica - Not a great place to visit.

Do gun bans really stop criminals from getting guns? Americans need to look no further than the massive gun battle with armed gangs fighting police and soldiers that took place in Kingston, Jamaica recently. At least 30 people were killed in the fighting. It is a huge number for a small island nation of fewer than 3 million people, but unfortunately murder is so common in Jamaica that these murders won't even be noticed in the annual crime numbers.

Jamaica experienced large increases in murder rates since enacting a handgun bans in 1974. Since the gun ban, Jamaica’s murder rate has soared to become one of the highest in the world, currently at least double that of other Caribbean countries. Jamaica’s murder rate hasn’t sunk below 10 murders per 100,000 people since the gun ban went into effect. Yes, a fun place to visit. Since guns are outlawed, tourists like yourselves are easy pickings.

If you must visit a city like Montego Bay, then plan on avoiding high-threat areas including, but not limited to, Flankers, Canterbury, Norwood, Rose Heights, Clavers Street and Hart Street in Montego Bay.  Sudden demonstrations can occur, during which demonstrators often construct roadblocks or otherwise block streets. The primary criminal concern for tourists is becoming a victim of theft. In several cases, however armed robberies of Americans have turned violent when the victims resisted handing over valuables. Beatings and rapes also happen on a regular basis. Crime there is exacerbated by the fact that police are totally understaffed and ineffective. Additionally, there have been frequent allegations of police corruption and visitors should take all necessary precautions. Pay extra attention to you surroundings when traveling, and keep windows up and doors locked while in a vehicle. Avoid walking alone, exercise special care after dark, and always avoid areas known for high crime rates.

In 2009 the Embassy received several reports of sexual assaults against American citizens, including two cases of alleged sexual assaults at tourist resorts.  Americans, especially should maintain careful watchfulness, avoid secluded places or situations, go out in groups and watch out for each other.  Do not count on the local police to protect you. They can carry guns, but that is for their protection not yours. Under Jamaican law, they do not even have to respond to a call for help if they feel they will be in danger. Seriously!

I can only think of one other place more dangerous than Montego Bay in Jamaica and that would be Chicago. 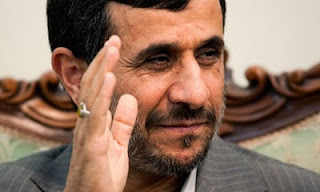 Even at this late hour, Iran’s President Ahmadinejad continues to play games as Israel may be preparing a pre-emptive strike again the nuclear reactor scheduled to go online by the weekend. In a statement, Iran promised it would stop enriching uranium to a high grade if it was assured of the supplies it needed for a research reactor. This on the eve of the inauguration of the country's first nuclear power plant.

While Israel is faced with going at this problem alone, our president seems to be on vacation…again.
Posted by Dan Owen at 4:54 PM No comments:

Glenn Beck. Your event is OK by me!

As a matter of fact, any time you get more than one person together as in a party at some person’s house, the topics of religion, race, economy and politics will invariably come up. That is human nature and the way we are.
The fact that Glenn Beck has chosen Martin Luther King’s ‘I have a Dream’ speech date is rather cute in my view. I applauded Dr. King and his efforts of so long ago to help right some of the wrongs a nation heaped on a people due mostly to the color of their skin. For my part, I don’t give a rat’s ass what color a person is. I will like or dislike them based on their belief set and on what they do. I have had friends of all color and belief systems as friends and have been made more whole as a result.
The fact that Sarah Palin will also attend has been pointed to by a few as making this a political rally. So, what is my response? I would love to see Obama, Pelosi and Reid attend this celebration also, but doubt that will happen. No, the problem some have with Glenn Beck is that he pretty much tells it the way it is. It’s just sometimes the picture he paints of us is not very pretty.
Posted by Dan Owen at 4:32 PM No comments: