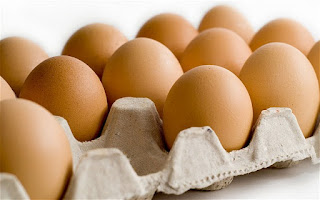 Back in the carefree days of the mid-sixties, a dozen eggs could be had for about fifty five cents! As a kid, I enjoyed them scrambled, sunny side up and as a key ingredient of French toast! Those sure were the good old days! and, as time has gone by, eggs and egg products have made their way to become a center piece of many breakfast foods (think Egg McMuffins)! But listen up Gerty! I want you to grab a hold of your garters - them days are long gone!

Even before the crippling effect that Avian flu has had on the poultry industry in recent months, the cost of all this poultry have gone way up! What cost a few pennies in 1965 now cost a few dollars and things are going to get worst... much worst, as the loss of millions of hens begins to impact the food industry in earnest this fall! A single large egg going for a buck may not be far off! And, experts also warn that as the cost of one 'meat' goes up, then so will the other popular meats including pork and beef. But, that's OK - our boys on Capitol Hill have everything under control.... 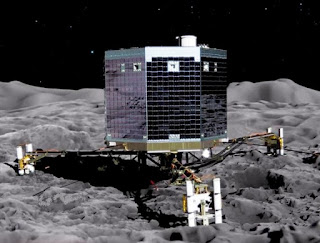 I once rode on a ship called Decay... 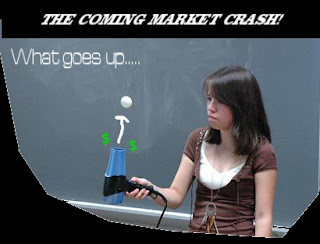 At precisely 11:40 PM on April the 14 in the year 1912, Mr. George Quincy Clifford had just retired when he thought he heard a rather peculiar sound. It was a deep grinding noise emancipating from somewhere down below, perhaps in the cheaper 3rd class area. He gave this only a passing thought before drifting off to a sound sleep....

Few passengers aboard the ill-fated Titanic fully comprehended their tragic fate after hitting a massive iceberg somewhere in the frigid waters in the northern Atlantic. Less than three hours later, more than 1500 passengers would be dead due to a lack of lifeboats... A sad and ironic fate for those who sailed a ship that was termed 'unsinkable'.

Imagine now, flash forwarding to the year 2021 and an even larger 'unsinkable' ship, aka the USS America. She too is on a voyage of sorts, bravely sailing in very deep and very dangerous fiscal waters. She also seems to be riding a bit low in the water! (Little wonder as it seems most everyone hitched a ride based on the promises of men who claimed that 'hope and change' would lie at the end of the journey).

Yet, a few passengers still seem to be uneasy. This ship just didn't look all that healthy, even to their not-so-well trained eyes. All around they could easily spot clear and present signs of rampant fiscal corrosion and incipient moral decay. One even remarked that he had a feeling of 'slippage', as though the world had somehow twisted slightly out of true shape and form...

Yes, it would seem that some were very concerned. Yet, the majority of riders felt everything was just okey dokey as this baby was FULLY equipped with trillions of cute little paper lifeboats, each inscribed with the motto 'In God We Trust'.... I mean what could go wrong?

'I once rode on a ship called Decay.
She'd seen better times come her way.
But, those days are past. She ain't gonna last.
We're all going down today!'
Posted by Dan Owen at 8:46 AM No comments: 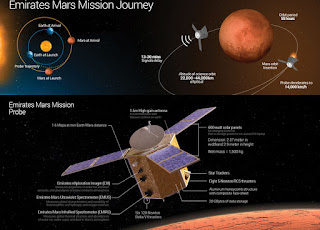 The United Arab Emirates' Space Agency has unveiled its official strategy and operational plan, and it takes bold aim at Mars with a planned robotic mission to the Red Planet by 2021.

The UAE Mars probe, called Hope, is slated to launch in time for the 50th anniversary of the UAE and forms a major element of the national space agency's official road map, which was unveiled on May 25.

Hmm. And where is America? Oh yes, there it is... sinking slowly beneath the waves...

Email ThisBlogThis!Share to TwitterShare to FacebookShare to Pinterest
Labels: Forsythkid, Go Hillary, UAE to go to Mars, US sinking to second world status 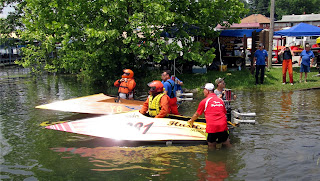 The temperatures were in the 80's – check. Partly cloudy skies abounded with light winds – check! Hydroplanes were on the lake with crowds gathering - double check! Yes, it was almost a picture perfect day!

You'd think with a start like that, everyone would have a great opportunity to see some exciting racing action as groups of hydroplanes thundered around Taneycomo lake speeds in excess of 80 miles an hour! But, sadly that didn't take place. (At least it didn't take place when it was supposed to). And just why was that? 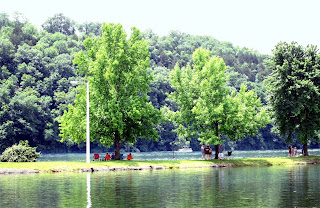 Apparently the one ambulance that was on duty that day, got busy! It was late to show up and when it finally did, was called out on numerous back to back calls... and so the boats just sat there and the crowds never materialized..... As someone once said long ago – this was no way to run a railroad.

Well, there's always Sunday - maybe they will get their act together!
Posted by Dan Owen at 3:02 PM 1 comment: