KFC not the best! 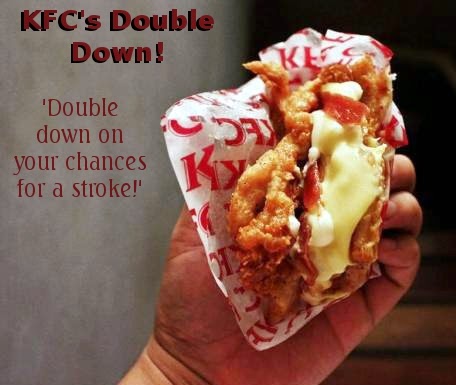 KFC came in, according to a Consumer Reports survey as of of the worst fast food place to dine at...

The Double Down contains "bacon, two different kinds of melted cheese, the Colonel’s secret sauce... pinched in between two pieces of Original Recipe chicken fillets." It is also available with grilled chicken fillets instead of the Original Recipe fried fillets, and with KFC's Zinger fillets (spicy) to customers in Australia and South Africa. KFC describes the Double Down as a "sandwich" although it does not have bread.