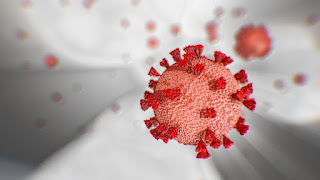 During a pandemic, such as was occurring on planet earth in 2020, understanding 'what's going on' is kinda important. Those adept at risk analysis, need certain bits of data to aid them in decision pertaining to movements and things they might want to engage in on any given day. For example, let one consider the tail of two cities; NYC versus Forsyth Missouri. One site has a population of over eight million while the other is under two thousand. As of October the 12th, NYC has had 34,342 cases of Covid with 3,183 deaths. Forsyth, on the other hand... well, no one knows. The Health Department in my County, while sort of keeping a tab on county cases, does not publish anything on a town by town basis. Why? In NYC, citizens have about a 4% chance of catching the virus with a very small percentage actually dying from it. That information, updated daily, can be valuable for someone in determining the level of risk they want to endure when going out on any given day. If the number of those getting infected were to rise for whatever reason, that could be very useful to know. As it is currently, I'd certainly want to exercise social distancing , masks and washing of the hands on a daily basis. But, is that also the case in Forsyth Mo? Taney County, Missouri, supports a population of about 56K. Forsyth, a town in Taney, has about 2600. Now while I've heard rumors of people getting sick and even dying, that's all they are - rumors! To date, Taney County has had a morality count of 38 with an infected count of about 1100 since January 1. This works out to an infected rate of 1.2% overall, with an equally small number of percentage deaths at .07% for the year. Yet, even with such tiny figures, local citizens are wearing masks like there was no tomorrow. Is that even very sane, I wondered? Every day, each of us incurs some risk as we go about living our lives. That's just part of the game. We drive cars even as there is a definite risk in doing so. 'Considering deaths in the U.S. that year totaled slightly less than 2.6 million, the individual American driver's odds of dying as a result of an injury sustained in an automobile crash (which include pedestrians, bicyclists and motorcyclists involved in car crashes) come out to about 1 in 77!' That's many degrees higher than getting Covid-19, and yet we do it anyway without a thought!' Each day one of us out of ever 77 could get hurt with some even dying! Think about that one common thing we do when compared to the one in 1 in 100,000 odds per day for the virus! Everyone needs to think very hard and then place the virus pretty far down the risk ladder, where it belongs!
Posted by Dan Owen at 1:13 PM No comments:

Where are we headed, America? 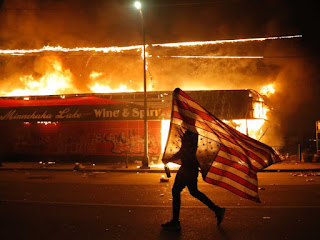 The America I knew growing up is completely gone! That's not an opinion, that's a fact. Today, in October 2020, our represenitive and Constitutional Republic is lagging behind in a fight that was begun decades ago, by a cadre of evil individuals on the Left. That's conjecture, it too is a fact. Individuals who have been in office for decades, who have grown fat on Americans at American expense now want it all. They desire that last sexual hump on the rear end of a dying cow... After the November election, anyone who might feel that things will get back to normal, will see that vision is a falsehood. You see, the Left has done its job a little too well. They have poisoned our schools, diluted our citizens power with illegal aliens and genderfied those who never want to become such. Beginning this coming fall will be the introduction of Hell on earth, I do believe. Large increases in civilian deaths, wars, pestulence and great suffering. That is the end game for the Left, the Marxists and the morally bankrupt. Amid all this sadness, Americans will utimately get a really good look at puure evil in the forms of individuals like, Biden, Harris, Pelosi and countless others, who have made a once great country, their personal trust of power. So, I bid adieu to the Great Experiment in freedom. A flickering light that lasted but for a moment, before being swallowed up by darkness, once again.
Posted by Dan Owen at 11:05 AM No comments:

On risk assessment and the Covid-19 threat! 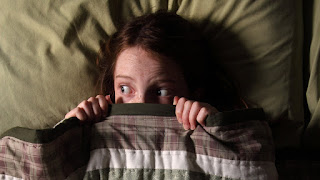 Since it's introduction from China, at the start of the year 2020, the Covid-19 virus earned a place in history as one of the most disruptive contagions since the 1918 swine flu. Note here that I used the word 'disruptive' as opposed to 'deadly'. That's because after all the hoopla and haze surrounding the virus has finally dissapated, it turns out that a Coronavirus class viron just isn't all that scary! True. The a virus can kill, and often does. Just look at the world's long history with the flu virus... There was an estimated 50 million who perhished in the 1918 Influenza pandemic! Influenza outbreaks, even today, is a highly contagious respiratory illness that is responsible for significant morbidity and mortality. Approximately 9% of the world's population is affected annually, with up to 1 billion infections, 3 to 5 million severe cases, and 300,000 to 500,000 deaths each year.' Nine percent of the American population, of about 350 million people, works out to be about 3,150,000 infected! This disease results, typically, in about 30K to 60K deaths...(It's hightly variable due to manny factors including how the death certificates were prepared). In the US, about 3 million die of some kind of problem each year, with heart disease and caner leading the pack in a significant manner. Now, let's look at the Covid-Sars-2 virus, which has killed 210,000 in 2020, acording to a John Hopkins ongoing study. A closer examination, however, reveals that the vast majority of those whose deathes were attributed to Covid actually sucumbed to one or more so-called 'comorbidities'. That is to say, other complications, of which heart disease, obesity, and diabetes are currently the big three when it comes to biting the dust. One, or all three, can act in a syngestic manner to bring down older people with weakened immune systems. Now, for anyone to say that Covid was not serious, would be wrong. It is bringing down citizens of age, who have other problems, in significant numbers. This group of people does need to be concerned and they need to take protective meassures for the forseeable future. That said, anyone who is in good health, under the age of 65 and who then acquires the virus, need not have a very great concern. 98% of these folks will recover just fine, with a bonus of having acquired some immunity as a result. Ergo, in a tough world where where stuff happens all the time, this bug ain't all that much... Truthfully, had no media outlet told us about Covid-Sars-2 (the bugs actual title), much of the Nation would have shrugged past nine months as a really tough flu season. We would have gone forward with out the lockdowns, the trillions lost, the depressions and sucicides in a relatively 'normal' fashion... What did actually happen, was the politicalization of this virus, as a device used by the Left to divide and to conquer. Saul Alinski was once quoted that they (Socialists) must never let a good crisis go to waste. The Left, if nothing else, paid attention. The resulting chaos that was generated, by the hysterical outpourings of a corrupt mass media, was all that was needed to really turn the tide for them for the coming elections. Their motto; 'Point out a problem the Left generated, make them afraid of it and then blame the other Party for the problem'. (I don't think even Chuck Schumer could have put it better than that)! So, am I accusing elements of the Deep State and China for intentionally upsetting the apple cart for poliutical and global gains. Heavens no! I'll let you, the reader judge for yourselves...
Posted by Dan Owen at 11:18 AM 2 comments:

The problem with bar stools for us men! 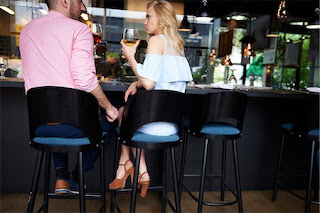 On a recent Sunday, I was at a local bar when a customer fell over backwards while seated on a standard bar stool. Unfortunately, he his his head and was subsequently transported to an emergency care center. This was the second time I'd witnessed such an event over the years. In both cases the accident involved males and that got me to wondering why... When the incident occurred, eye witnesses told me that the individual was draining a drink with his head positioned backwards with one arm (holding the glass) raised up over his mouth. This got me to thinking along the line of center of mass and stability. First of all, the center of mass for most girls is lower to the hips, while the center of mass in boys is much higher, more near the chest. Thus while sitting in a bar stool, the apparent center of a man's weight is likely centered more near the top of the back of the chair. Even if he is just sitting there, doing nothing, the stool is more unstable than it would be with a similar sized woman. I would call this state conditionally unstable. It would required some effort for another to topple a male backwards, but it could be done. Now contrast that some one with their arms resting on a bar with another person with their head tilted back and one arm raised up near the head. Suddenly the overall stability has gone into an absolute unstable situation where very little force is required to to the man and his chair backwards...
Posted by Dan Owen at 12:26 PM 1 comment:

On the question of collusion! 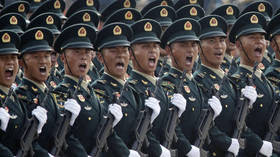 Here in America, one Party seems to be for a continuation of the great experiment that is our Constitutional Representative Republic, while the other side seems for some form of socialism, up to and including communism! Meanwhile, the Chinese Marxist government has made it no secret of their desire for world domination...Hmm Now, consider a scenario where elements of the far Left and the Chinese government actively collude to bring about massive global change. Changes that would be agreeable to both entities if properly pulled off. A way that would see a very few controlling all the masses. Here in the United Socialist States, one might conjecture that it might be individuals like Schumer and Pelosi. Over in China it would likely be Xi Jinping along with his various henchmen. Perhaps America could eventually be a satellite and a servant of China with the Yen the default international currency? Yes, I know this is pure speculation on my part, but questions still remain, don't they? Even assuming that the previous thought was remotely possible, what then would be the chances of China intentionally releaseing a virus that would create global crisis? Isn't that exactly what the Democrats have done here with their promotion of violence via Antifa and BLM? How would both be exploited for maximum effect? These are just a few questions circulating around my empty head this day.... And then, the POTUS comes down with the virus..... Wow!
Posted by Dan Owen at 1:14 PM No comments: