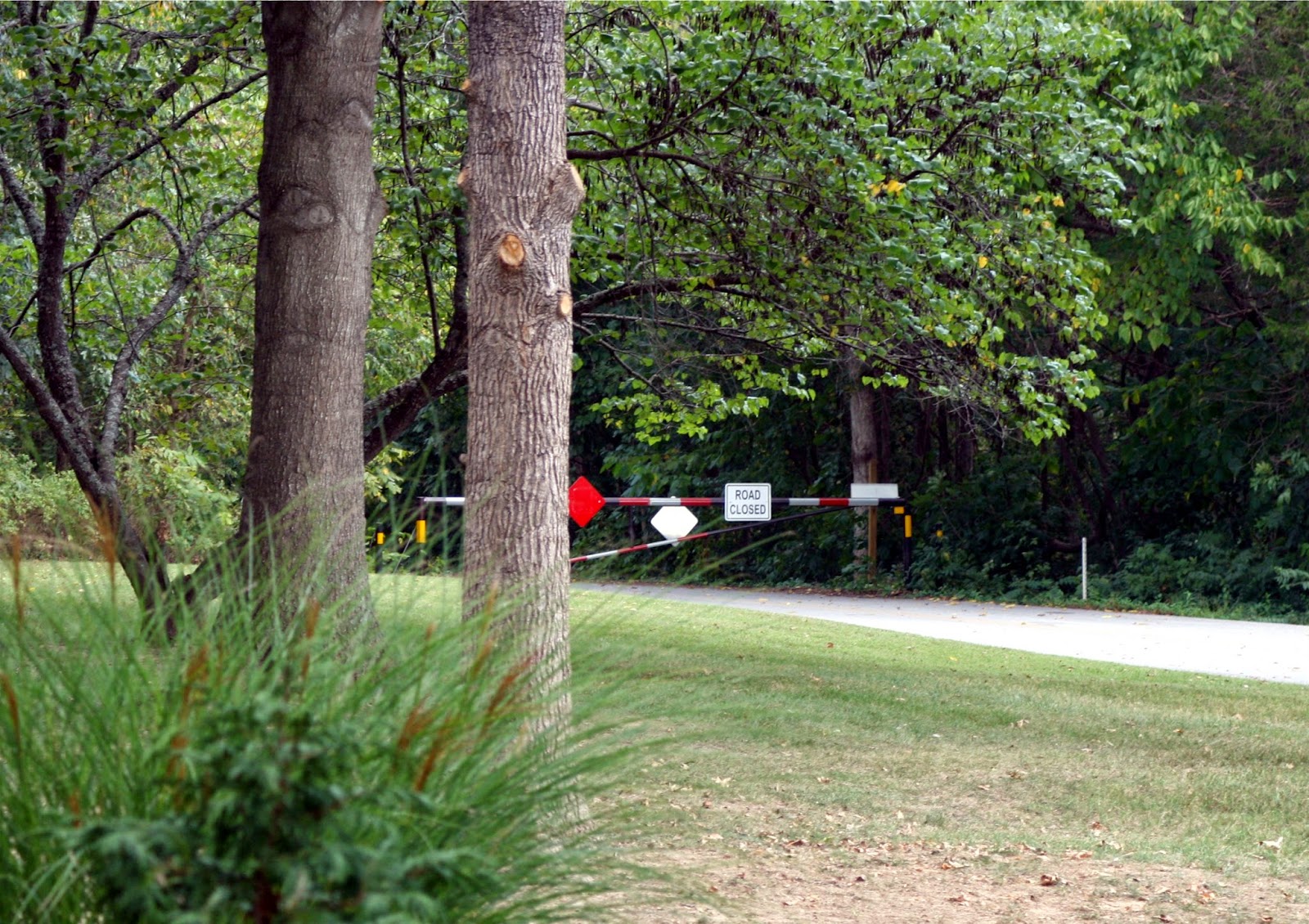 On Tuesday, Oct 29, 2014 – I received a call from a neighbor, Ken Reynolds, informing me that some men and women were attempting to lock the gate that spanned the Baker street access to the popular River Run Park located just east of Forsyth Missouri. I finished the call and then went to investigate.

Upon arrival at the location, I found two men and a women park volunteers who informed me that they had received orders to close the access way (Gate #2) from Valley View Village ( a small community of about 400 homes where I reside) by the Corp of Engineers until the following April! They had been issued only one lock for that purpose with no instructions to close and lock the other access gate (#1) at the main entrance to the park. although it can be assumed they planned to also close that gate after the last of the campers were flushed out). 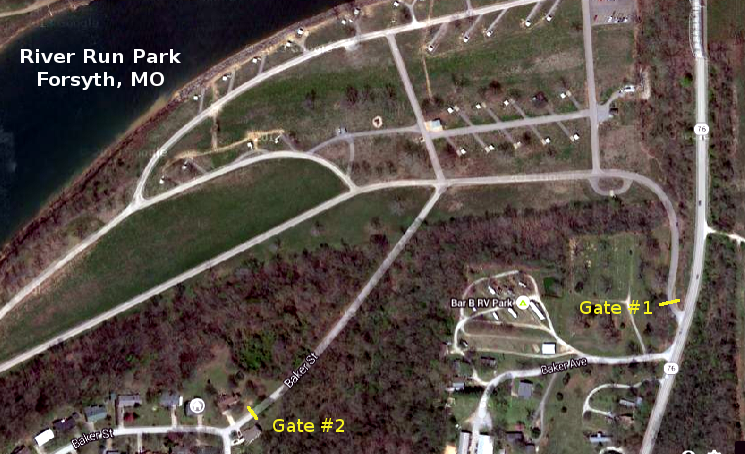 I was very troubled by this course of action as this form of unwarranted 'lock down' had not occurred in the many years I've lived in the area. In addition, a county owned and maintained road known as 'Baker Street' provided easy access for many residents who what to access Highway 76. In the past, the Park would be closed and the end of the season in October, but the access-ways would be left open all year, (excepting whenever the park flooded or was closed due to a government shut down).

My immediate thought was to try and contact the Army Corp of Engineers who ran River run to inquire as to what was going on. They never returned my call. I then called the Taney County Road and Bridge Department and was told that they 'knew nothing about the closure'. Finally, I contacted Janne Clarke – a writer and reporter for a local paper called the The Taney Times, and she promised to make some calls. By later that afternoon, she must have made the right sort of calls, because she informed me that the gate would be re-opened.

The next morning, I got a call that the gate had indeed, been re-opened and decided to drive through the park to check for myself. As I was driving through, I spied a Ranger vehicle parked in from of the Park Attendants office and stopped to talk to him. He was just locking up, but took the time to inform me that while, yes, the park was closed for the season; the gates would be left open, the fees for the use of the boat ramp would be suspended and that dry camping would be allowed even though the water, electric and trash pickup would be shut down until the following April. That sounded good to my ears. In this encounter, the Army stood with me!


"Eternal vigilance is the price of liberty." Thomas Jefferson
Posted by Dan Owen at 11:39 AM