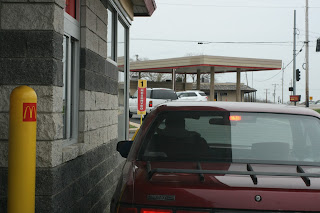 The fast-food giant has yet to issue a press release about the promotion, but Business Insider reports that the company’s 2016 sales — which dropped 2.1 percent over the previous year — may have spurred the move. Who would have thought that the Golden Arches would ever be in trouble??
Posted by Dan Owen at 2:51 AM