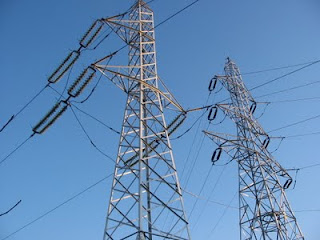 With all the problems going on in America these days, it's a wonder how everything still works. Rural service providers in the area in which I live seem hard pressed, as of late, to keep it all together. Outages in the form of loss of power, cable TV and internet services have become increasingly common and raise some interesting questions.
Recently, the company that provides power to parts of southwest Missouri, Empire Electric, has suffered a series of outages that resulted when an entire substation went down for no apparent reason. Was it due to antiquated equipment I'm not sure. Calling such companies and talking to a real person is rare. Calling such companies and talking to an informed real person is rarer still!
Our local cable provider, Mediacom, also seems to have difficulty providing service on a consistent basis with outages occurring with increasing regularity. Both utilities seem especially hard pressed whenever an electrical storm passes through the area, which is often. I went through a day this week when communications were disrupted twice in one day and the power flickered during an electrical storm. That it stayed on was a minor surprise.
The point I'm making is that services, which I used to take for granted and which were provided with only rare disruptions, are now becoming increasingly sporadic and unsure. I can't help but wonder if this is the start of a trend in a country that has seen it's best days and which is now sliding towards darker days. A country that is broke and which will be increasingly unable to provide even the most basic of services to the population at large.
Posted by Dan Owen at 8:22 AM