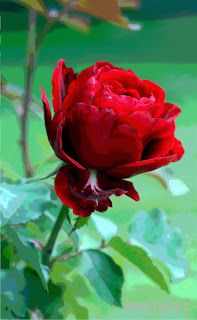 Either the general public is getting smarter or this countries leadership is rapidly getting dumber. The latest example is the poorly thought out move by Congress when it attempted to force Boeing not to relocate to a more profitable state. Huh? And this action was due to Union demands no less. A clearer case of intrusion by the government into the private affairs of a corporation if there ever was one. A move that is illegal, unconstitutional and downright stupid.

Surprisingly, the general public picked right up on this and have demanded the government butt out. Score one for the rise in the average American's IQ. (Come 2012, let's vote these morons out of office. You just can't cure stupid).
Thirty days, six hundred tornadoes and three hundred plus dead!
Call me skeptical, but when the climate experts dubbed this month of April ‘normal’ and within 'acceptable limits', I just had to scratch my head. I also live in a state (Missouri) that saw over seventeen inches of rain when the ‘normal’ rainfall amount for the month would have been four inches. Call be naive, but I now wonder what the experts will have to say after we get through May? Let's all hope that month is within 'acceptable limits'.
Scary Movie 2012
Just imagine, if you would, Obama winning re-election in 2012! Makes your skin crawl doesn't it? That would beat the heck out of any horror flick I’ve ever seen!

Should the worst happen, I wonder what he would call that regime? The really, really Big Change? Not sure, and don’t want to find out neither!
Posted by Dan Owen at 1:13 PM