A TV viewing odyssey: From Cable to Local to FTA - Part 1 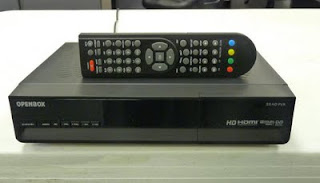 In a recent blog, I related to making the decision of dropping my fifty plus cable TV in favor of local broadcasts through an antenna on my roof. In doing so, I went from many channels to just a few, eleven to be exact. Now to be fair, with cable, I only watched four channels with any regularity. They were Fox News, the Sci Fi channel, the History channel and very occasionally the Comedy channel. All the others were basically ‘flip throughs’ or channels that I’d watch for some comic relief like MSNBC. Yet surprisingly, when faced with only a few local broadcast channels to watch, I found that my sense of viewing enjoyment actually increased. Who would have figured? I also discovered something that took me back to the sixties when I was faced with a similar dearth of programming. That is, when there was nothing to watch, I’d go outdoors and play! This worked out pretty well, for a week or so. 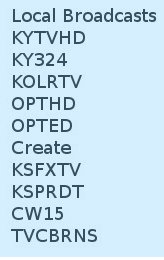 Now, not being one to leave well enough alone, I’ve decided to dabble a bit in the area of ‘free over the air TV’ or FTA (Free to Air). These are channels that are broadcast by satellites that are in the clear, meaning that anyone with the proper ‘equipment’ can pull them in. I had heard that there are literally tons of channels (even some in HD format) that can be had free for the watching. So, throwing caution to the wind, I ordered myself a bundled sat system after doing some research first.
Turns out, there was a lot I didn’t know about satellite TV. I won’t go into detail here, but suffice it to say that selecting a receiver that will fit your needs will take a bit of Googling. In my case, I selected a web site that has been around for awhile called Sadoun Satellite Sales and ended up purchasing a SatHawk PVR800 CI HD DVB-S/S2 FTA receiver bundled with a 31 inch Offset KU Band dish and DiSEqC compatible motor. What’s that mean? It means I will be able to view crisp and clear channels on multiple satellites without having to bother moving the dish. It will move itself. This whole mess is due to arrive at my door next week, so please follow my satellite adventures in future blogs.
Posted by Dan Owen at 6:27 PM