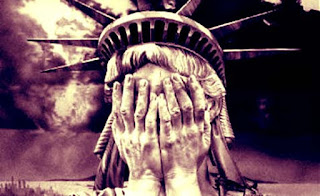 Whatever happens, the silent revolution that is boiling just below the surface of America is likely to boil over in 2017 into a more traditional violent upheaval as the Federal government continues on the path of self destruction.
Posted by Dan Owen at 4:32 AM

Email ThisBlogThis!Share to TwitterShare to FacebookShare to Pinterest
Labels: end of a party, Forsythkid, Hillary to secure win on path to White House, Republican party in disarray