Am I a theif or just a confused old(er) man? 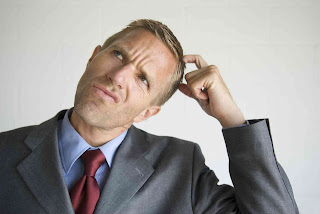 After enduring a somewhat humiliating experience at a local gas slash convenience store in Forsyth, I came away a wiser, but still very confused man.

The problems began when I stopped to get some gas and to make a purchase. Everything went smoothly until I walked up to the checkout counter and the young girl began to speak in some form of gibberish that left me with my mouth hanging open I'm sure. According to the clerk, I had used the gas station intercom (didn't know that existed) to order $10 worth of gas the day before, but had not paid for it. I found that puzzling. Yes, I had visited the store that day before, but that had been to purchase consumables, not gas. No, she informed me. 'We have you on surveillance video!' (I didn't know they had video)! Well, being sure that I had not purchased any gas, I left, after telling the girl that I would be happy to sit with management the next day to look at me in the act of 'stealing gas'. Even though I had paid at the counter on that date and every other date, over the past many years. Later that day, I went back and gave the clerk the money she told me I owed on the promise that she would call me in a few minutes to verify that her 'bank' was 'short'. I never heard from her again on that day. [Now if this diatribe sounds a bit disjointed and rather weird, good. You now know how I felt!]

I did come away with one thought, however. And, that was as a cash paying customer who wanders around buying other products after first getting gas, is it my responsibility to also tell the clerk that I had made a gas purchase? Normally, I do, but really! Shouldn't the people there know what's going on? I'll leave this perplexing thought for you all to ponder and move onto other things and in the meantime, I'll make it a point to use a credit card and buy my gas at the pump without ever having to walk back into that place....

Update: I had a call from the manager and apparently there had been a mix up. I got my money back and a hug! Not a bad ending!
Posted by Dan Owen at 8:25 AM