My love affair with Sloppy Joes! 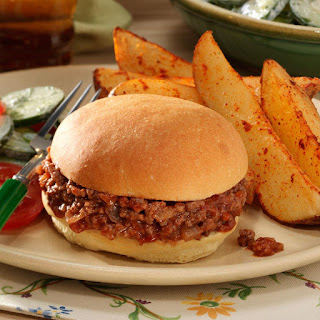 One of my most favorite meals of all time would be a Sloppy Joe or two or three! In my mind, these guys are the original 'slides' as they go down so darn quickly! 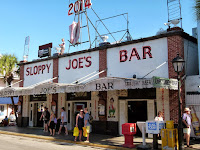 The history of how the sandwich came about is rather murky. According to one legend, a cook named Joe at Floyd Angell's café in Sioux City, Iowa, added tomato sauce to his “loose meat" sandwiches and the “Sloppy Joe" sandwich was born.

Others say that the original sandwich was born at the iconic restaurant in Key West, Florida, Sloppy Joe’s Bar.

And then there are those who say that the concept of the sandwich was dreamt up in Havana of all places, at Sloppy Joe’s saloon, which recently re-opened after a half-century hiatus (!). Well everyone, wherever and however they came about, I'm so very grateful!

And, while many people make theirs using canned products like Manwich ( a brand name of a canned sloppy joe sauce introduced by Hunt's in 1969), I prefer using McCormick's mix as it is a 'lighter' version from a calorie standpoint.  Whereas the Hunt's version comes in at over 400 calories, the McCormick deal is...

Above is a 'real world' aka homemade nutritional breakout using Best Choice mix, a Ballpark bun and 80/20 ground beef.

And yes, that means I can slam down two of these great tasting sandwiches at lunch time and still come in under 600 calories! Or, maybe not!