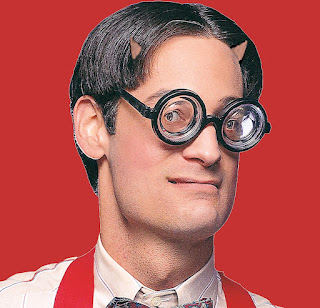 Atheists definitely need a place of their own!

Seems that the 200 or so Atheists who currently reside in the US (God bless them) are at it again. This time they’re suing the State of Pennsylvania over a proposition calling 2012 ‘The Year of the Bible’. While I’m not sure how well that will turn out, I do understand that these folks need a place where they can go and not be harassed by all the bible thumping ‘believers’ out there.

This is why I have forwarded a bill for President Obama to consider which would allow for the construction of a ‘special town’ to be built out somewhere in Death Valley. Think of it. This God forsaken piece of real estate would be a perfect place to park relocate these people so they could live and work and do whatever it is the Godless do with their lives. Death Valley is devilish hot and it’s located in California. (A double bonus for these folks with the benefit of knowing that soon they will either slide off into the ocean or be sold to the equally Godless Chinese). In either case this could be a win-win situation for the rest of us.

Is our President constipated?

I realize that this is a very sensitive question, but gosh almighty, I have to ask it! In recent video coverage of him on TV, he sure looked to me like a man with both buns firmly clinched. Why, the last time I got ‘plugged up’ like that, I walked exactly the same way. Perhaps a soothing warm enema (administered by a concerned public) is just what the doctor might order to get him all ship-shape again. That and maybe a heaping tablespoon of algae…

Will the Supreme Court get it right?

It seems the whole world is watching to see how the highest court in the land will rule concerning the mess that is the current healthcare bill. Personally, I’m hoping that they will support all three areas that are being challenged. This would make for much frolic and fun as, in one stroke of opinion, the court could open the door wide open for a complete takeover by the government. Just think of all the things that could be thrown into the newly created slush bucket of FIC or ‘Forced Interstate Commerce’. Why the Fed would now have free reign to slam bills up John Q Public arse any old time it wants to! And what of the fate of the lower courts that supported the repeal of the personal mandate? Would they dare ever show their faces again? I’m not sure, but there is one thing I do know. MSNBC would have an absolute field day thumbing their noses at media outlets like Fox. Why I’d even wager they might go from eight viewers to even as many as twenty!
Posted by Dan Owen at 8:49 AM