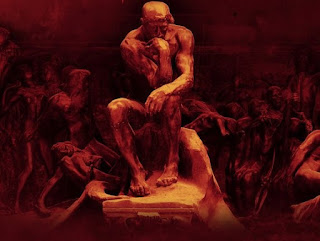 “There’s something going on here
What it is ain’t exactly clear!”

Another mind numbingly hot day draws slowly to a close. Another in a series of days spent huddled inside the way one might during a hard winter blizzard, only baby it’s not the cold that’s the problem round here, it’s the heat. The kind of heat that would do the Dog Days of August proud, only it’s still June and the summer of 2012 has barely begun!

It’s seven AM and the temperature overnight has never dropped below 74 Fahrenheit! Already, the talking heads on TV are warning that the string of one hundred degree days (three so far) are about to be a string of 110 degree days. I get up and go out while it’s still relatively cool, knowing full well that by noon, I’ll once again be closed up in my home with the AC running full blast.

Somewhere out there will be those electric power people or EPP’s, watching their load meters climb steadily towards the danger zone. Inching every closer to a point where the brownouts and rolling blackouts begin in earnest.

Later on, I’ll stick my head outside and it will feel just like an oven. I’ll worry about my fellow men who lack central air and who are suffering through that day as though living in a world Dante created. How many will die of heat stroke, I wonder. I shake my head and duck back inside where the AC has just kicked on and will now begin a grim struggle to keep my home cool for the next fifteen hours or until well past midnight whichever comes first! As it groans and clanks, I picture in my mind that little metal wheel on the power meter outside, spinning as though on some weird form of metallic meth. An ‘electric high’ that will last for most of the summer, spitting out the occasional bill I can’t afford to pay. 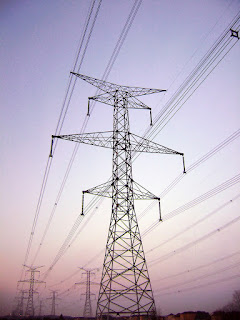 On the flip side, I envision the owners of my local power grid doing a little jig of joy as they contemplate the incredible wealth now headed their way. (But, that thought leaves my mind poste-haste. Who really wants to dwell on those fools anyways)? Best that I focus on adapting to a changing world where the word hot will soon become synonymous with normal as Global Warming reasserts its own version of hell on earth.
Posted by Dan Owen at 9:41 AM