The world is warming for real, scients warn! 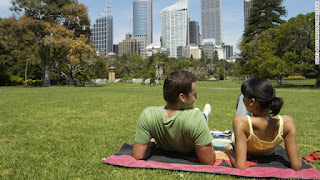 (CNN) -- It's hot out there. But this time, it's more than idle water cooler talk, according to weather scientists.


At the same time the National Oceanic and Atmospheric Administration's National Climatic Data Center has released a report noting that this spring in the United States has been the warmest since record-keeping began in 1895, a group of scientists has published a paper in the journal Nature warning that the planet is approaching a critical tipping point because of climate and other factors.

My thoughts - The message this sad world of ours is sending is getting clearer and clearer. Halve the population of the world, right now, or go over the edge. It's your choice. You can do this, or nature will do it for you. Think I'll hedge my bets on Mother Nature...

Email ThisBlogThis!Share to TwitterShare to FacebookShare to Pinterest
Labels: Danomanno, Forsythkid, Last days of civilization, NOAA warns that the tipping point is near, Record warmth