More teens commiting suicides! Can you blame them? 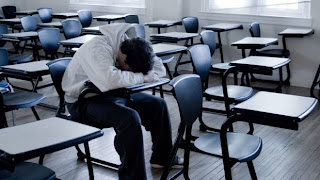 Scary statistics from the Centers for Disease Control and Prevention (CDC) released Thursday revealed that the number of attempted suicides among teenagers had increased from 6.3 percent in 2009 to 7.8 percent in 2011.

The information comes from the CDC’s 2011 National Youth Risk Behavior Survey (YRBS), a report designed to find health-risk behaviors among youth and young adults related to injury and violence, sexual behaviors, alcohol, and drugs.  Along with the increase in attempted suicides, the survey also showed an increase in teens texting behind the wheel along with an increase in marijuana use.

According to the CDC, suicide accounts for 13 percent of all deaths among youth and young adults aged 10 to 24 and is the third leading cause of death for that age group.

My thoughts - DUH! - A crappy, corrupt and invasive nanny government, student loans that mean long term government service (10 years), way too much information via the Internet and ... STOP! Hold it right there, you moms and dads - Kids drink information the way hummingbirds go after nectar, it's natural and the internet is the wellspring - did anyone think of this, or care? Are you even thinking right now? No, I didn't think so...
Posted by Dan Owen at 4:40 PM

Email ThisBlogThis!Share to TwitterShare to FacebookShare to Pinterest
Labels: Danomanno, Forsythkid, Suicide trend in the US among teens, Teens committing suicide