It's time for a Chicago Dog! 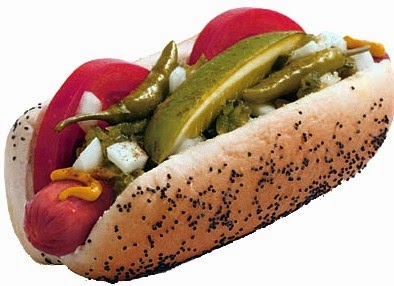 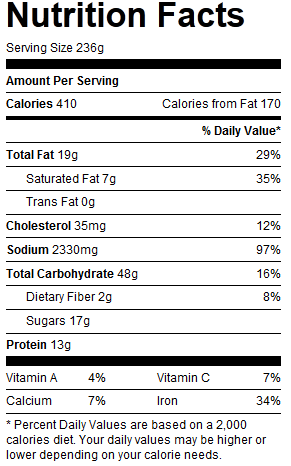 While I've never made Sonics a regular on my list of places to eat, I do like to make a trip to the one located in Forsyth, Missouri about once a month to get myself a genuine Chicago Hotdog! At 690 calories for a hotdog and an order of small fries, this type of fast food is on my list of no-no's from a diet standpoint! That said, a meal of this type every once in a while can't hurt. And, the taste is soooo good!

The hotdog itself is 236 grams while the French fries come in at about 88 grams. And true you are getting hit will a load of saturated fats, especially when you tack a small order of fries onto the meal! The villain, so we've long been told, has long been saturated fat. Conventional wisdom, which dates to the 1950s, is that saturated fat, which is present in meat, dairy, and some plant products, increases our total cholesterol and chance for heart disease and stroke. Trans fat, a relative newcomer that dominated packaged goods and fast food, is another bad guy: It not only ups our LDL cholesterol but also lowers our HDL cholesterol (the kind that helps sweep bad cholesterol out of the body). The American Heart Association recommends limiting your intake of saturated fat to less than 7 percent of your total calories (if you eat 2,000 calories a day, that's 16 grams, roughly the amount in a chocolate milk shake) and of trans fats to no more than two grams a day.

After decades of bashing saturated fat, the medical community was stunned by a 2010 study in the American Journal of Clinical Nutrition. In a research analysis, scientists discovered that there wasn't enough proof to link saturated fat to either heart disease or stroke. It wasn't the first time this fat had been vindicated: Four years earlier the Women's Health Initiative study found that eating less saturated fat didn't result in lower rates of heart disease or stroke. The 2010 analysis, however, was so big and so thorough — involving 21 studies and nearly 350,000 people — that it grabbed experts' attention. "Everyone had just assumed that the evidence against saturated fat was strong," says study author Ronald Krauss, MD, a professor of nutritional sciences at the University of California, Berkeley, who was surprised by the finding and the controversy it created. "We had to work hard to get our study published. There was an intrinsic mistrust of this kind of result."

Researchers say there were even earlier clues that saturated fat didn't deserve its reputation as top dietary villain. The decades-old "diet-heart hypothesis" — the idea that saturated fat is bad for the heart — was mostly based on animal studies and short-term trials that looked only at people's cholesterol levels, not at whether they actually had heart attacks. "Those studies are great for making hypotheses but not for making widespread recommendations," says Dariush Mozaffarian, MD, an associate professor of medicine and epidemiology at Harvard Medical School and a researcher of diet and heart health. "When we started getting evidence from longer trials and observations, we realized that the truth is more nuanced than we thought." The bottom line, for me, is to keep all foods I eat in moderation with an emphasis on vegetables and whole fruits!