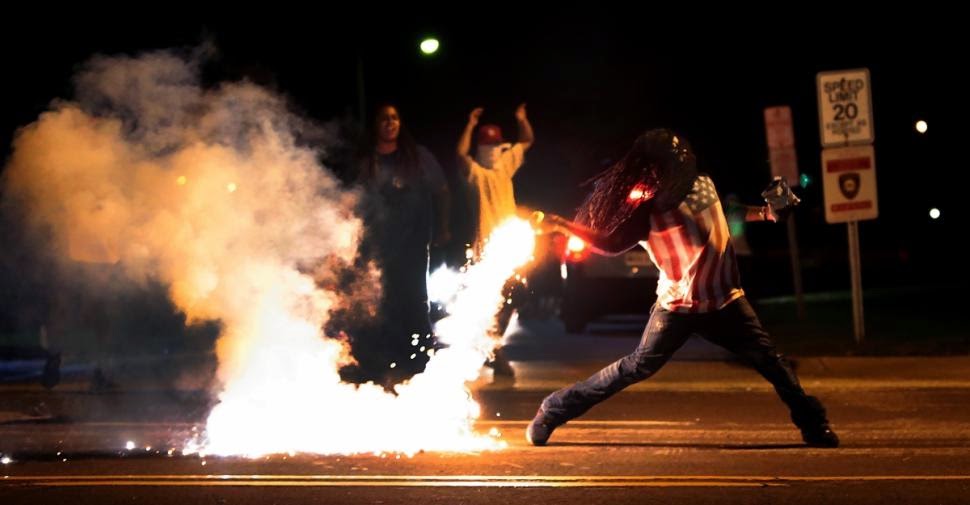 A black man the size of a Chicago Bear linebacker charges a much smaller officer, ignores repeated stop orders and tries to grab the officers gun away from him. He is duly shot down dead as a mackerel. Not big surprise there. And sadly, no big deal. Blacks are killed most every night in the streets of Chicago, occasionally by a white office, but more often than not by other blacks. The difference in this case, was a liberal dose of ignorance on both sides augmented by special interest groups that are always attracted to media events. The end result – a protracted event that saw riots and many businesses burned to the ground. Today, the crowds are dispersing, leaving a small town completely gutted. My only sad thought was that I was glad I don't live in Ferguson.

Obama slips another one into our collective derrière!
Over Thanksgiving, President Obama is set to announce thousands of new Federal regulations that will not only affect business but individuals as well. One such regulation will have to do with new food labels on just about everything consumers buy. An expensive process for the food distributors who have announced their intention of passing on the cost increase to consumers. The EPA is also set to start ratcheting down the emissions of coal fired plants – a move that will see many of them shut down over the coming years. And yes, that will translated into skyrocketing energy costs! The list goes on and on and on – but, in the immortal words of Nancy P – you'll have to find out what's in them after they pass.

Obama and his Executive Orders!
Say what you will, Obama sure has a way of dividing an already divided Congress! Just last week, he granted what amounts to amnesty to millions of illegal aliens by granting them temporary work permits. And while this is supposed to be a temporary thing – no one in their right minds believes that. Every one of these individuals will stay permanently all the while advertising to millions of other foreign nationals that now is the time to come on down to the US! The water's fine.