Dems pull out all the stops! 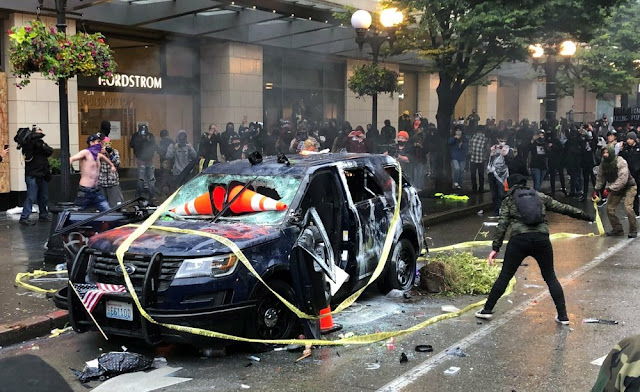 As we turn the corner going in to the last few month before the Nov 3rd election cycle. Attempts by the Left to railroad the results were swinging into high gear!
Voter fraud via mail in ballots, is currently showing up in many key swing states. This non partisan effort to employ easily corrupted mail-in ballots, was a key part of the Democrats corrupt strategy to try and steal the 2020 election. Early on, in 2020, it was apparent that the Left was going to milk the Covid-19 virus for all it was worth. (After all, a key concept of that Party is to never waste a crisis).
In connection to the virus, the Democrats have employed the time tested method of dragging their feet whenever and where ever possible. As a result, I feel that they have been instrumental in the deaths to tens of thousands who might otherwise have survived.
For his part, candidate Joe Biden is staying out of the public eye as much as possible. (Even the few brief televised appearances made it very plain that Joe is suffering from rapidly progressing dementia). And Joe, you will remember, was the best candidate out of a very large group of Presidential contenders early on, in the selection process... At least he was the only one that wasn't calling for an outright switch to full socialism. (A concept he is now fully endorsing along with gun confiscation, open borders and more extreme ideas).
To add to a feeling of an episode of living in the Twilight Zone, the mass media seems to be on a mission to erase history, twist everything the Right puts out and to outright lie at every turn if events do not fit their skewed narratives.
Caught in the middle of everything, are good and decent Democrats and Republicans, who are literately watching their cities burn. Those who endorse antifa and BLM are traitors, in my view. We seem to have allowed a very corrupt and evil group of individuals to divide us for ever more.
Posted by Dan Owen at 10:36 AM