My predictions for September 2020! 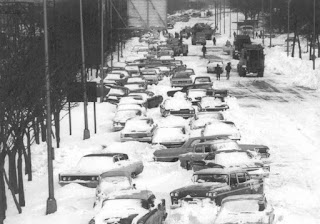 Please note that the last time I was anywhere near accurate, it was 1967 and I predicted a heavy snow in Chicago! My prediction turned out to  be a blizzard and so my career in weather forecasting began with a shaky start as many blamed me for the mess.... That aside, her are some random predictions for September!

Biden gets sick! And then...

Poor old Joe catches the Covid-19 virus and is laid up for 8 weeks in his basement under quarantine! He is unable to debate anyone due to a bad case of laryngitis. And while he will get elected President in November, it will be short lived as Biden while die of complications, making Harris the new President.

In an effort to stem problems with a high death toll happening in her city. Mayor Lightfoot will decide on a policy of serialization. After the city is fully engulfed, she will hold as news conference declaring that Trump was the reason and sole cause of the inferno!

China will announce that the G4 virus has escaped! Oh my!

What will be termed a 'super virus' will somehow escape from China and infect the world. Like the Covid-19 strain, this virus will also be extremely infectious but not very deadly. CNN will take that information and spin it 1280 degrees as being similar to the Captain Trips virus of a Stephen King novel. Tens of millions in the US will panic buy goods and then lock themselves away. The CDC will then publish inflated figures of the sick and dying as we enter into that later parts of the year.

As though NYC didn't already have enough problems, a category 5 hurricane will slam into NYC about mid September.  Governor Cuomo will announce he's going on a long term junket to China while leaving the management of the storm to De Blasio. Millions will flee the city leaving a trail of thousands dead.

BLM and Antifa will merge...literally.

In what has to be one of the strangest announcements ever,  Black Lives Matter and Antifa will announce a joining together in one of the largest gay events ever held in LA. CNN will declare its approval as thousands form a giant pile of humanity bent of fucking each other to death. Some moderates will literally die of laughter.

Finally, Pelosi will take a dive from her podium!

Nancy Pelosi will  arrive at the House to make a speech, but due to a possible state of inebriation, will take a tumble into the seats. As she is taken away, she will announce that she was standing firm for denying Americans much needed relief.

So, it would look like September is going to be a very interesting month, all said!