Early December 2013 was sort of wacky! 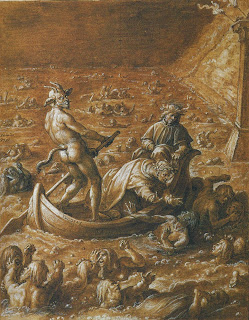 December is a month where we all get to enter into that three month period of time we call winter. It starts on the 21st of December when the orbit of the sun, which has been dipping lower in the southern sky each day since mid June, begins its long climb back upwards. Ever higher it will go until a time comes when we're all complaining about the heat!

This year's December began on a good note with good warmth in the first four days. That changed quickly with a rapid plunge into the icebox with temperatures that were more reminiscence of a bad January in the Dakota's. Do all the Gods hate us? Where's Al Gore and his theory on global warming when we really need him? (Oh, that's right he has sold out and went to some tropical island to retire).

So, now here I sit at my computer typing out silly thoughts, when I'd really like to be is outside frolicking under sunny skies and warm breezes. (And oh, yes dammit...it's still only the 12th. Winter doesn't even start for another week yet). During this period of time, my mood has worsened and I've found myself wondering just what our fiend Obama is up to? You know, while everyone's focus is currently on his failed Affordable Healthcare Act? I swear like a bear! It's like watching the Devil himself at work. All those busy little fingers of his....working behind the scenes as he puts the finishing touches on a society that even Dante would find troubling...

If there is anything good to write about, it's that we will see a 'warm up' of sorts for most of the coming week. I'm not talking anything awesome mind you. But, I do think it will warm into the mid 40's and that will be okey dokey with me!
Posted by Dan Owen at 10:34 AM

Email ThisBlogThis!Share to TwitterShare to FacebookShare to Pinterest
Labels: December thoughts, Forsythkid, what is Obama up to now