Obama Kicks The Oil Industry While They Are Down 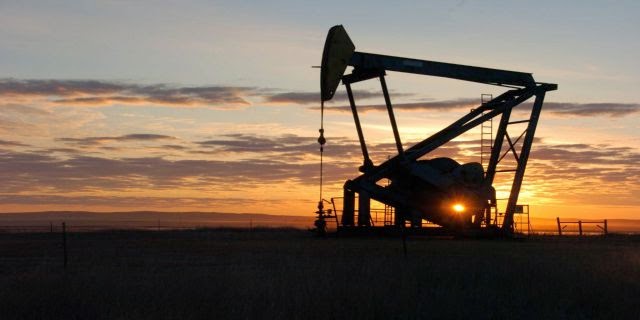 The federal government is about to issue landmark regulations aimed at slashing methane emissions from oil and gas operations.

The Environmental Protection Agency's regulations could come along with several other federal rules that will impact the energy sector. In the past, U.S. President Barack Obama has trumpeted the extraordinary rise of oil and gas production under his watch. While he cannot take much credit for the oil boom, his administration did shy away from environmental regulations in his first term that could have slowed drillers down.

But with two years left in office, he no doubt wants to score some points on the environmental front for posterity's sake. And with no elections left to run for, and an unfriendly Congress in the U.S. Capitol, the executive branch may pull out all the stops.

To be sure, many of the pending rules have been years in the making, but with oil prices crashing, there is a smaller political price to pay for adding burdens on the industry. Gasoline prices provoke a visceral reaction from American voters. With retail gasoline prices safely below $3 per gallon, there is a much smaller downside for executive agencies slapping new rules on the energy industry. One of the biggest rules will be on methane emissions from oil and gas production. While the EPA punted on the rules until after the holidays, a decision is expected in January that could establish the first direct regulation of methane.

Fugitive methane is a massive problem for the country. Estimated to be 86 times more powerful a greenhouse gas than carbon dioxide over a 20-year span, methane is a major concern for climate change. Not only that, but methane is often "vented" or flared into the atmosphere as an unwanted byproduct when producing oil. It is also released from a web of creaky old pipelines that crisscross the country. The Washington Post writes that a plume of methane the size of Delaware hovers over northwest New Mexico because of leaking methane.

According to the Institute for Policy Integrity , 7.7 million metric tons of methane escapes each year from energy operations, enough natural gas to heat 6.5 million homes. Fortunately enough, cost effective technologies already exist that could cut methane emissions, if and when the EPA decides to enforce the industry to use them.

But the energy industry says that new rules will "impose unnecessary costs and burdens on an industry challenged now by a sustained low-price environment," as Greg Guidry, a Shell executive, recently put it . In fact, drillers already have plenty of incentives to reduce methane emissions on their own, obviating any need for new regulation, an industry trade group says.

Methane rules won't be the only new regulations about to be placed on oil and gas drillers, as the Wall Street Journal explores in a recent article . The Department of Interior is set to announce new regulations on drilling in the Arctic, as well as new standards on blowout preventers used in offshore drilling. Interior will also finalize rules requiring drillers to disclose the chemicals they use during fracking on public lands. The Transportation Department will stiffen standards for shipping oil by rail.

Combined, the regulatory smack down could have a slightly chilling effect on oil and gas drilling. The rules could add modest costs for producers, making marginal drilling in the current price environment not viable. But it is important to keep things in perspective: it is the price of oil itself - falling below $60 per barrel in the waning days of 2014 - that is beginning to force drilling cutbacks. The number of rigs in operation continues to drop. The most recent data from oil services firm Baker Hughes shows that another 35 rigs were removed from drilling during the week ending on December 26, falling from 1,875 to 1,840.

While it may seem like adding insult to injury, low oil prices are providing President Obama much more political space for the federal government to finalize the suite of rules it is considering. While that may seem perverse to drillers who are watching their profit margins vanish, the threat of high gas prices has always made new regulation unpopular. That is no longer a concern for the Obama administration.

This article originally appeared on Fool.com and was written by Nick Cunningham of Oilprice.com.

Email ThisBlogThis!Share to TwitterShare to FacebookShare to Pinterest
Labels: article by Nick Cunningham, commentary, energy EPA, Forsythkid, Obama Kicks The Oil Industry While They Are Down