How not to perform a hoax! 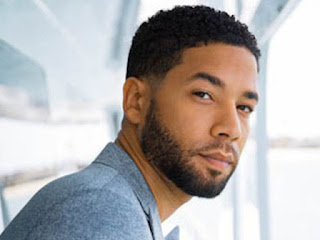 Chicago Il. - Jussie Smollett, the gay black darling of the Windy City; TV star, singer and general all around neat sort of guy.... Uh OK, that has become so yesterday! Jussie was charged with a hate crime after attempting to elevate both his career and increase his monetary income, while at the same time, striking a blow for the  Democratic Party by slandering Trump and his MAGA followers!

His methods were poorly thought out and the result per-ordained. His career now in tatters, Jussie is looking at 3 years plus jail time, some new gay roomies and 25K in fines. Good going dude...
Posted by Dan Owen at 10:04 AM