What a great idea - mutated mosquitoes! 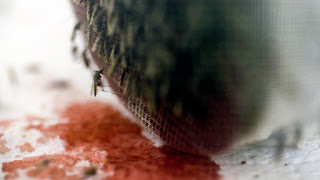 January 4, 2019 - For the first time, researchers have begun large-scale releases of the genetically engineered insects, into a high-security laboratory in Terni, Italy. The insects were custom designed to carry and to inject tiny flesh eating microbes into a target host that would then rapidly multiply and dissolve the host from within.

"This will really be a breakthrough experiment," says Ruth Stooler, an entomologist who runs the lab. It's a historic moment. But, God forbid if they ever got out into the world at large!"

The goal was to see if the mosquitoes could eventually provide a powerful new weapon to help eradicate malaria in Africa, where most cases occur.

"It's very exciting," Mueller says, but warned that the 'very same mosquitoes' still have an appetite for biting humans and livestock as well. She then assured this reporter that the enclosure was perfectly 'fail safe' and that no mosquito could ever get out during the testing phase.

Reuters - Feb 12, 2019 -  Reports of escaped mutant mosquitoes have been reported and seemed to be rapidly spreading all over southern Italy. The World Health Organization is investigating.

Note: While this story is made up fiction. Researchers are actually messing around with the genetics of an insect that can rapidly spread disease.What could possibly go wrong? The original story released by NPR can be seen by clicking here!