The real cost of ‘always on’ devices 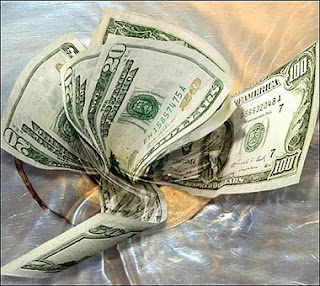 I suspect that my home is pretty much representative of most out there. Like everyone, energy costs have been of increasing concern. A recent rate hike of 13.5% that took affect in September 2010 will mean an increase of about $13 per $100 billed. Some area residents were pissed off. Another increase of 9.2% is being asked for this coming June 2011 and that doesn’t count the possibility of two more increases due to ‘fuel cost’ sometime in the next year. Wow!

So, one of my projects was to take a close look at any devices in my house that are left on but not used, especially during the night time hours. I took an inventory and was really shocked to find such a large number of devices; backup media drives, power transformers, printers and even TV’s. One early morning when most everything was off, I thought, I discovered that my TED power monitor showing a steady power consumption rate of 0.546 kilowatts being consumed! After doing a little math, I came up with a whopping $23 in wasted energy costs per month. As my electric bills average out to about $120 per month, these little energy wasters were taking a 19% bite out of my wallet! The total per year was $276.00. I figured for that kind of money, my time would be well spent making a few simple changes.
My first thought was twofold. First, I need to figure out what really needed to be on all the time. This list included such items as my refrigerator, deep freeze and water heater. Items that could go on a timer would be basically all power transformers, TV’s, High Definition converter boxes and such. The list would also include a cluster of devices attached to my main computer including the cable modem, wireless hud server and backup drives. Then, I needed to go out and purchase a number of multiple outlets which could be connected to timers. Lot of work that.
My second thought was to integrate the household outlets into a master controller so that I could schedule when power would be supplied and when it would be not supplied. One unit that caught my eye was the Homemanageables home controller. For a few hundred dollars you can control and schedule turning appliances on and off via a pc or cell phone. For right now, I’ve decided to go after the heaviest power offenders with a couple of well placed timers and leave it at that. After monitoring these changes for a bit, I’ll see if I need to go up to next level.
Posted by Dan Owen at 1:57 PM