Thoughts about water and plastics 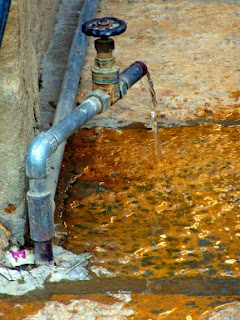 America’s crumbling water distribution system
Back in the mid 1800’s heavy cast iron pipes with a life expectancy of 125 years were being laid. Then, around twenty five years later a newer process was developed that resulted in thinner pipes at cheaper cost. These had a life span of about one hundred years. Fast forward another twenty-five years and yet even better manufacturing processes resulted in even thinner pipes with a lifespan figured at 75 years. As you might guess, the end of the usefulness curve for all these millions of miles of water pipe will be occurring shortly. Over the next twenty years, repair and replacement could easily run in the trillions of dollars. My question is, how many politicians have you heard talking about this issue? Maybe none or less? The problem is the pipes run underground and no elected official will benefit if a pipe is named after them. Water distribution issues have about as much popularity as a foot with a fungus infection and as a result nothing has been or is being done to head off what could easily blossom into a National disaster overnight. (Just think how your life would be effected if your water was cut off and then you were told you’d have to get it out of a nearby river or stream)? Think about this happening to a whole city! I bet some heads would role. But, that’s just what is happening even as I write this. 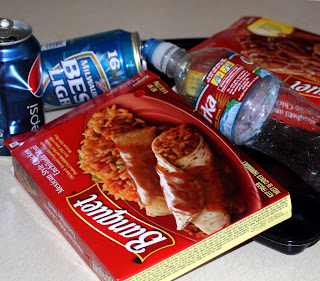 Water Bottle Waste (WBW)
While the water distribution system crumbles underneath our feet, American’s are blithely adding millions of tons of waste daily to landfills. Empty plastic water bottles alone are added at the rate of 50 million per day! Other common items like beverage cans add another 200 million to the pile. TV dinners, even small ones as shown here contribute a third of their weight as landfill material. In addition, the plastic bottles and trays also consume million of gallons of oil to produce yearly. All of which ultimately contributes to toxic waste later on.
While much of the aluminum is thankfully recycled, the same cannot be said at this time for plastics. As a country and as a peoples, we must learn to conserve and to protect our environment if we hope to pass on a clean country to future generations.
Posted by Dan Owen at 10:21 AM