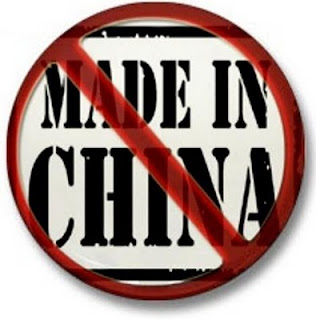 Have ya all got enough Chinese junk yet?
OK, all you out-of-work, lazy, capitalist pigs. Here’s the bottom line. All that ‘made in China’ junk we've been purchasing since the sixties has put our country into hock to the tune of over a trillion dollars. A grateful China is growing by leaps and bounds as a result. American jobs, however, are disappearing faster that a twelve inch pizza delivered by mistake to a Weight Watcher’s convention. So, from now on, when you get the desire to by more junk, please make it American-made junk.
California hit and run ends with man beaten and robbed by mob!
A man crossing a busy LA street was struck twice by different vehicles, then a woman who stopped to try and helped was hit by a third vehicle. The driver who did stop and try to help was, in turn, beaten and robbed by a mob. Yeah, LA, the perfect vacation destination. Click on the title above for the full story.
Keith Olbermann to leave MSNBC!
After eight years, and under circumstances that are unclear, Keith Olbermann has stepped down. Olbermann, 51, who has the highest-rated evening anchor on MSNBC, came to an agreement with NBC's corporate management late this week to settle his contract and step down, says The New York Times. Olbermann signed a four-year contract extension in 2008 for an estimated $30 million.
Now, all those liberals will have only Rachael Maddow to watch. Or, will she be next?
Posted by Dan Owen at 8:38 AM