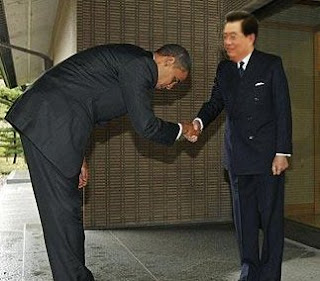 Onward goes Obama and his mess on Capitol Hill
It’s getting so I can’t watch even a few minutes of coverage on the television before feeling somewhat ill. Here we go with the never ending Health Bill saga. More time spent (wasted) on an outrageous boondoggle that has become the poster child of this administrations disastrous persona so far. With twenty-eight states now lodging lawsuits against the bill and a House that recently voted for repeal, Socialist elitists still proudly stand in the way of common sense and at terrible cost for the rest of us.
Historians may well point a finger at congressmen like Harry Reid as icons who helped lead America down the path to financial destruction. People like Harry Reid along with a president that doesn’t have the sense of a High School business major. Businesses and countries strive for profit, not bone crushing debt! Every single time Obama along with his left wing Democrats have tried to fix something that wasn’t broke, the end result has been disastrous. Every time!
Now with the patient in a deep coma, I wouldn’t be surprised to hear talk of yet another stimulus package or new regulations. There’s always more cronies out there to pay off isn’t there Obama? We Americans have been left holding a bag of crap while these snobs are resting easy and sipping mint juleps. But, I’ll make a bet, that when the real job of rebuilding the Republic happens in 2012, you won’t be able to find hide nor hair of these folks.
Was the recent rise of our energy costs preplanned by the Administration?
What better way to introduce a revived Cap and Trade program than to make existing energy so expensive that what used to look absurd is now looking not all that bad. And, oh by the way, let’s just skip the congress all together this time and let the DOE mandate new alternative energy measures in the form of new regulations. Those pesky ignorant old citizens won’t catch on, will they?
China’s recent visit! Can we all speak Mandarin yet?
I would be will to make a bet that Chinese President Hu Jintao has a really hard time not laughing in the face of our president during a recent visit. For a country that is so totally dependent on the US, he looked way taller than Obama did during his visit. I’ll bet it was all Obama could do not to bow down to the floor in front of a man who might be our future employer and boss.

Tell a lie often enough... and lose your ratings! Opps!

According to an article by Gloria Borger, a CNN senior political analyst, the American public is "growing tired of Palin". Oh? That was news to me. Actually, fact is Sarah is one of the few public figures that the media can't seem to get enough of these days. Especially, if you count the sheer volume of attacks on her character by the far left. So, Gloria, I have to ask you where are you getting your numbers from? A Weggie Board perhaps?

Here's a fact for you, Gloria. CNN's credibility rating and market share are in a joint nose dive from shore to shining shore. Can you say kaput? Anyone who lies to the public with half truths and distortions of the truth, no matter how frequently they do it, just won't cut the mustard among us cows anymore.