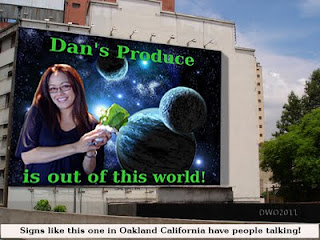 In what historians will surely refer to as a genuine ‘rags to riches’ story, Dan’s Produce Outlets of America have officially become a national treasure.
Whether you’re talking about Dan’s cabbage, Dan’s tomatoes or even Dan’s bananas, Dan’s Produce Outlets of America is now a household name all across America. The real miracle though, according to some experts, has been the way in which owner Dan Owen has managed to keep his boyish charm while looking through a veil of stunning success.
Starting out with just thirty square feet of raised beds in 2008, Dan quickly turned that diminutive space located in Forsyth Missouri, into a mega business that is now estimated to be worth billions of dollars. What was the key to his success? While making a televised speech outside his lavish home in Houston, Texas DanO was heard to say, “I always wanted to do something for my family and friends and then it came to me! Why not grow a few veggies!” Seriously, that’s what he said.
Mr. Owen (who openly admits to receiving heavy subsidies from the government) wants people to know that he is ‘is not doing this for himself, but rather for all the little people out there’. He promises to continue offering the best produce ‘at competitive prices’ and insists that he will not be teaming up with Obama for the 2012 presidential ticket. Dan Owen, a man to watch!
Posted by Dan Owen at 7:49 PM