There’s Cap and Trade! And then there’s China! 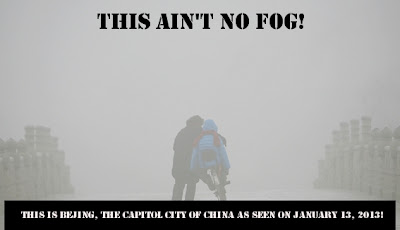 While the US, lead by Barrack Obama, prepares to boldly redistribute billions of taxpayer dollars via the UN to help ‘pay our way’ with a carbon tax, I wanted to show everyone what one other country is doing. China is firing up coal fired plants like there was no tomorrow and to no good effect.

In an article released by CBS News, the air pollution index for this populous city located in China, went ‘off the charts’ registering an index of 866! The US scale for pollution only goes up to 500, so this amount of particulates could pose a real problem for anyone living in that city.