The definition of looney! 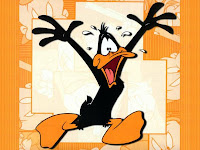 The internet dictionary I referenced when looking up the term ‘looney’ as it pertained to a person or persons gave me this; ‘a foolish or crazy person’. Now, I think I understand what foolish means. That’s a person who is a knee-jerker or who goes off half cocked when all the facts have not been properly examined. Here’s an example:

“I held my breath until I passed out and that was foolish of me.” Yes, it was!

I now understood what foolish meant, but what about the term ‘crazy’? OK, I looked that one up too and got ‘foolish or impractical; senseless’. Another entry referred to such a person as ‘insane’! Well, you can see where that eventually went – I came right back around, full circle, to the term ‘looney’.

Now normally, being looney would be no big thing. I’ve done all sorts of looney things myself! Although, I do pride myself (delude might be a better choice of words), that I’ve learned from those past mistakes! However, the term looney takes on a much larger meaning when applied to say the Congress or our President. In those cases, acts of looeyism (my term) could be downright harmful to a lot of people. Take the collective actions of our Congress over the past four years and look carefully at the way they've handled our Republic. Did they do a good job or was much of the legislation somewhat... looney? Next, look at President Obama. He’s come right out and implied that his mandate is for America’s center will be to move it over to the left a tad in a more Socialist direction. I ask you, is that looney or just insane?
Posted by Dan Owen at 8:26 AM