Slow cooker meatloaf is easy to throw together! 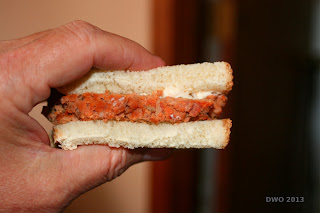 Of all the recipes that I like to make in a slow cooker, meatloaf has to be right up there close to the top! Seriously! To me, a good meatloaf is one of the most quintessential comfort foods ever invented! It can be served as a part of a regular meal with gravy or as a cold sandwich – (my personal fav)! Note for a more formal recipe go here! 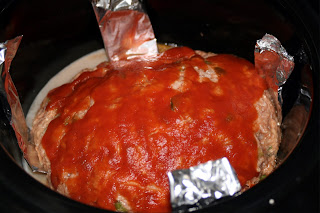 Talk about easy! When I make a meatloaf, I no longer look at a recipe – instead, I assemble it from memory. In general, I start with a package of hamburger meat (whatever is on sale), two eggs, 2 slices of bread, ½ a med bell pepper, a quarter of an onion, a splash of milk and an 8 ounce can of tomato sauce. I basically dump in everything except the milk, tomato sauce and bread. Knead the mixture a bit with my hands and then shred the bread into small pieces while adding half the tomato sauce and just a splash of milk. This pretty 'goopy' mix is kneaded again and formed into a loaf. See easy greasy!

When the loaf assembly was finished. I prepare a base for it to sit on by placing three medium 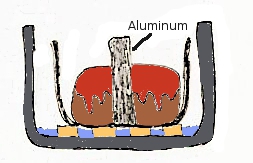 potatoes that have been peeled and cut into 1 ½ inch slices. These are placed on the bottom of the slow cooker and a splash of water is then added around the base of the potatoes. I then take two one foot lengths of foil which are folded into two inch strips and placed over the potatoes in a 'cross' pattern. Finally, in goes the meat mix which is formed into a loaf. Over this is poured the rest of the contents of the tomato sauce, the pot is covered and set to cook on low for about 7 to 8 hours. Serves 4.

The end result offers up a number of meals for not a lot of money. I spent about $5 on the ingredients and estimate I'll get about 5-7 sandwiches out of it. The potatoes also go great with other meals I have planned for the week!
Posted by Dan Owen at 4:23 PM