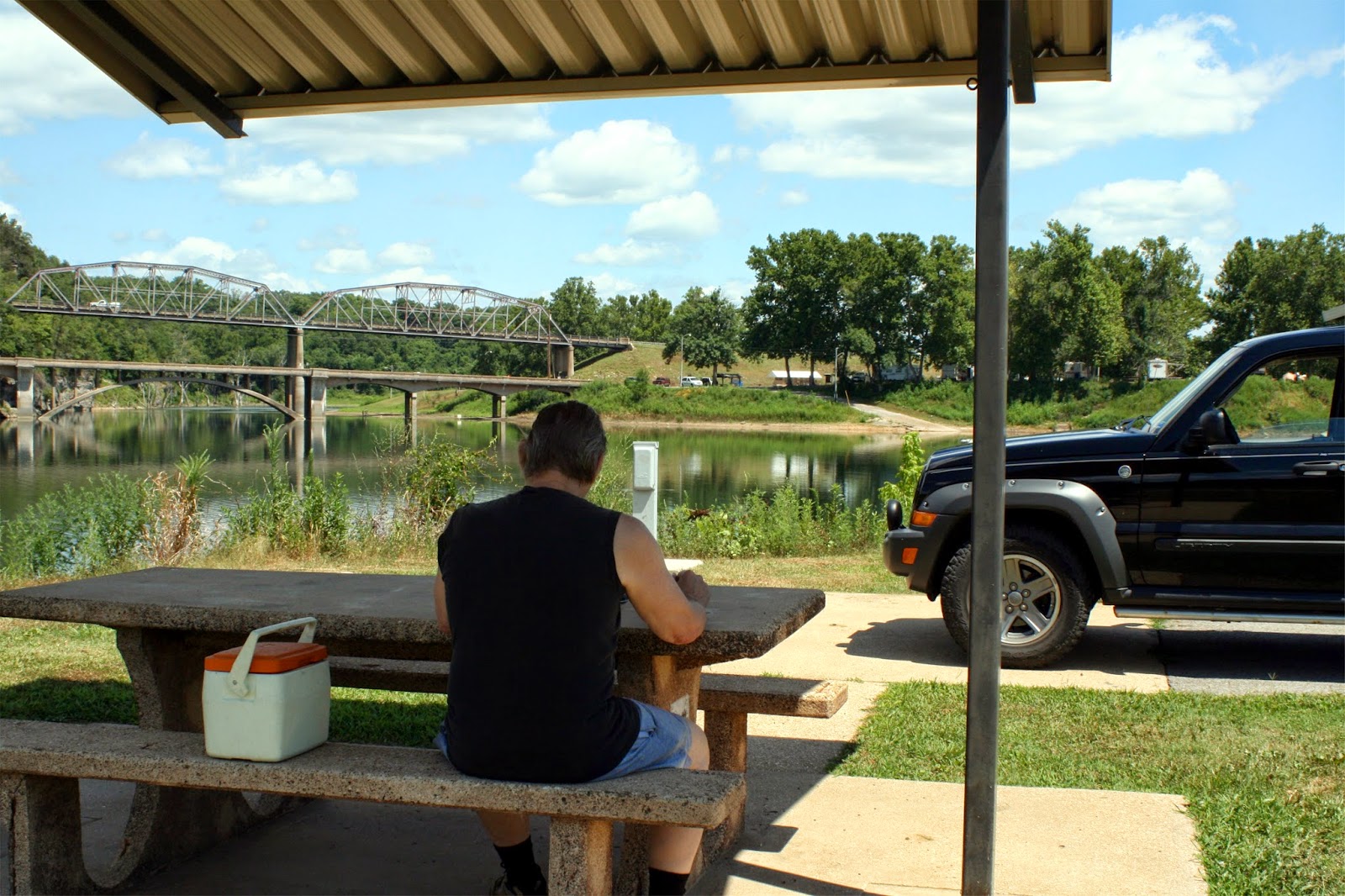 On a Tuesday in late July day, at around noontime, I decided it would be a great idea to go down to a local part for an informal picnic. The weather was picture perfect at 82°F, as is it this time of year, and I thought sitting next to a river might be just the ticket!

Most people around these parts know River Run is a popular RV/camping area situated just east of the small town of Forsyth Missouri. On this particular day, only a few scattered RV's were in evidence leaving the park about 1/3 full. I elected to park at site #25 which is just across from the dual bridges that span Swan Creek. A small tributary that feeds into the much larger Bull Shoals.

Under a partly cloudy sky, with just a little wind out of the west for companions; I laid out a simple man's feast consisting of a hotdog, a bowl of vegetable beef soup I'd made earlier and a Diet Pepsi. 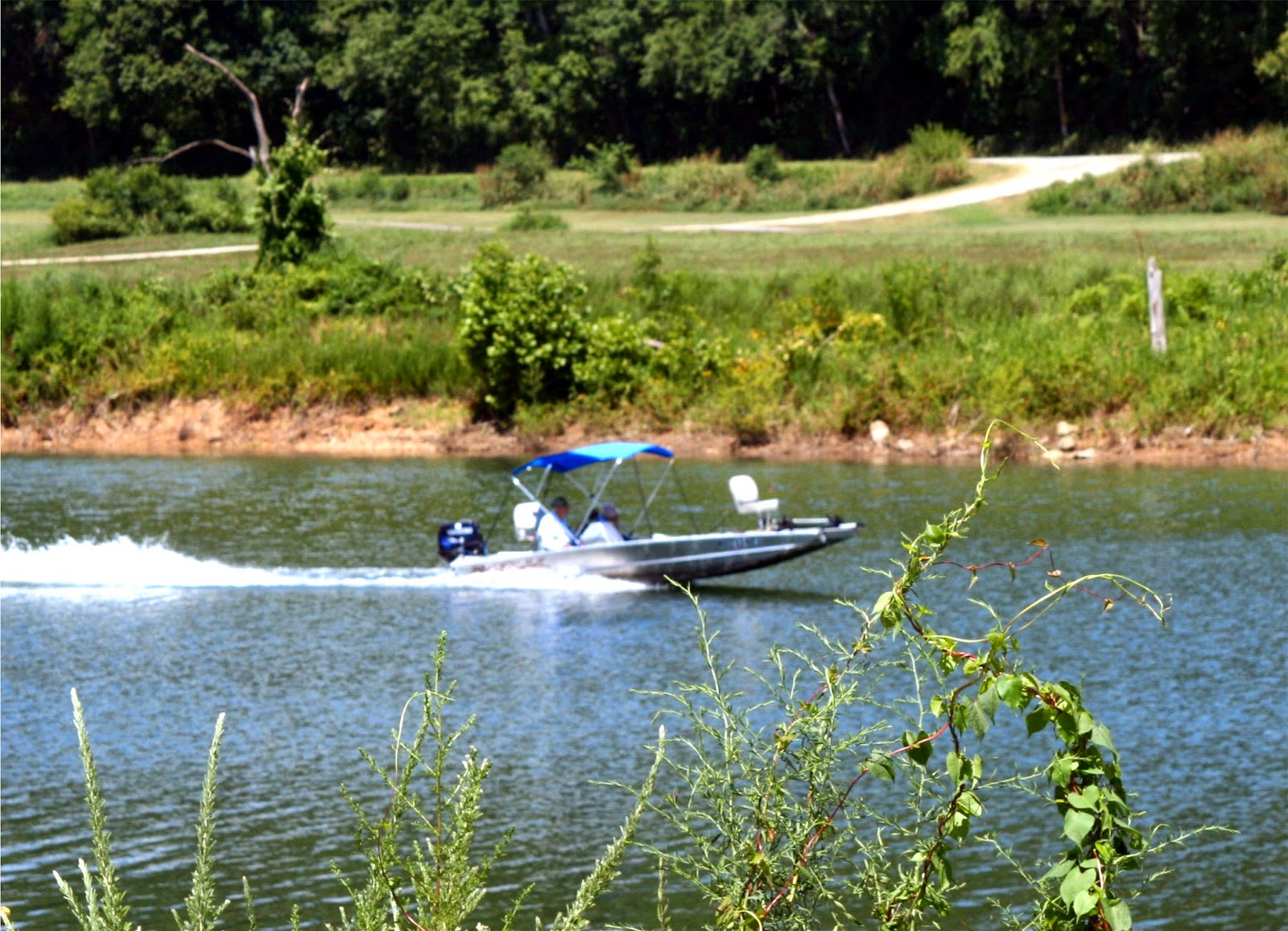 Over to my left, out on Bull Shoals river, I noticed there was one or two fishing boats in evidence. They always seem to be running from one location to another.

As, I ate, I was struck by just how quiet this park is. It's a great location to just sit and watch the river slowly flow on by.
Posted by Dan Owen at 1:44 PM