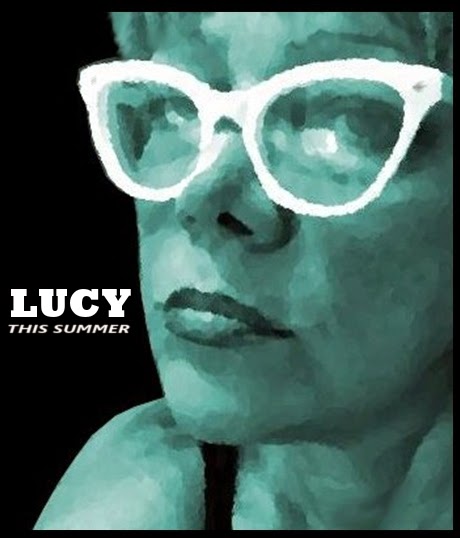 Normally, I shy away from movie reviews, especially any reviews that come out before the movie does! This effort by Luc Besson is scheduled for release on July 25, 2014. It stars Scarlett Johansson as the title character, along with Morgan Freeman. It's a sci fi flick about a world run by the mob, street gangs, drug addicts and corrupt cops! Lucy (Scarlett Johansson) is a woman living in Taipei, Taiwan who is forced to work as a drug mule for the mob. The drug implanted in her body inadvertently leaks into her system, which allows her to use more than the normal 10% of her brain's capacity, thus changing her into a kind of super-woman. As a result, she can absorb information instantaneously, is able to move objects with her mind, and can choose not to feel pain or other discomforts.

In truth, I like the premise of this plot and plan to make an effort to see it. The idea of mankind using more than 10% of their brain power for things other than breathing, eating and having sex is also a rather novel idea!  (It may also give the real drug mules that are currently streaming over our border, at least the illusion that things will work out well for them....)!