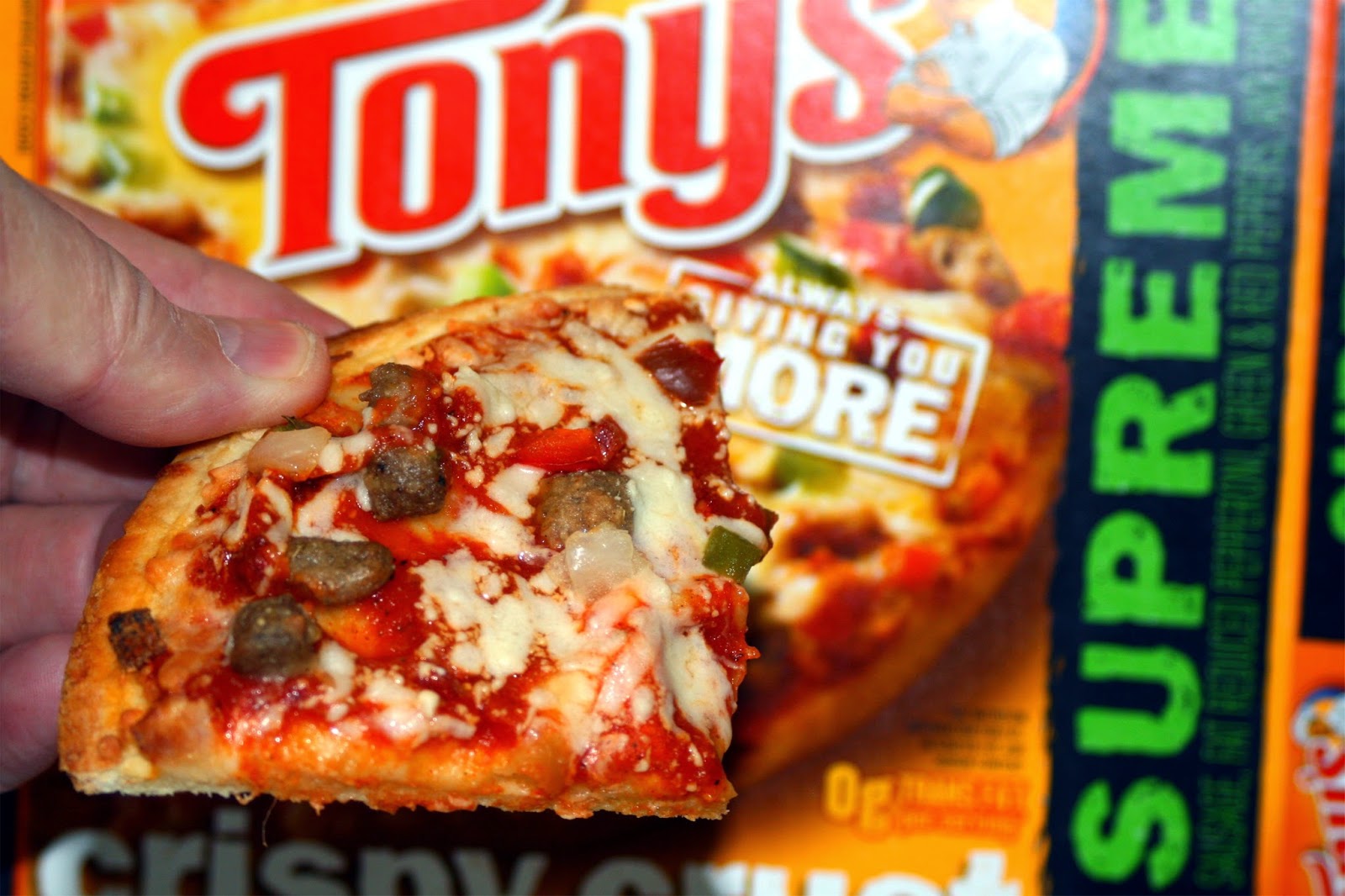 In general, my experiences with so-called 'single' servings of pizza have not gone very well (see my critique on Freschetta pizza). Those little boxed items, found in the freezer section of many grocery markets, are oftentimes an impulse purchase for me. (This is especially if you happen to be an old bachelor who is looking for a 'quickie' meal that incorporates some form of junk food, which is the best food there is, in my view)!

As I had never tried a Tony's pizza before, I was looking forward to the experience. At a cost of only a buck on sale, this 221 gram meal still manages to pack a hefty 500 calories! And, if you guessed that it's also loaded with fat, you'd be right on the money!

Preparation is not the simple sort of deal I would have liked. You have to heat your oven up to 400F, then place the pizza on a rack for 16-18 minutes. This would normally turn me off, as I would rather do a quick nuke-it and eat-it meal, instead. My other objection was a nutritional one – the sodium content was at 930 mg! (That's a warning signal – in general the more salt added the less tasty the product would be without it)!

So, with those cravats in mind, I 'did the time', removed it from the oven, snapped a picture and then dug on in.....

Well, my first impression was 'not too bad'. The crust was crispy, as advertised, and the toppings were cooked and pleasant to the taste. The sauce they use was tangy and good, also. My only complaint was I felt that their crust was a bit too crispy for my tastes. Other than that, I gave it a 7 on a scale of ten. It would have scored higher if they could find a way to cut back on the salt a bit!

Note: For young children, this could easily be a pizza for two!
Posted by Dan Owen at 12:44 PM