And in other news... 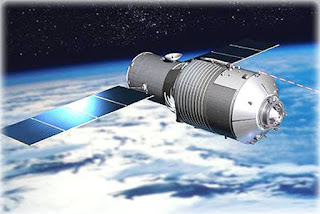 China's first-ever space lab will die a fiery death in Earth's atmosphere toward the end of next year, Chinese officials recently disclosed.

The 9.4-ton Touchmidong-1 spacecraft is currently intact and orbiting Earth at an altitude of 230 miles (370 kilometers), according to Wu Ping, deputy director of China's Manned Space Engineering office. That's a bit lower than the International Space Station, which usually stays about 250 miles (400 km) above the planet's surface.

Touchmidong-1 will fall back to Earth in the second half of 2017, and its demise will likely only affect people it hits as surviving debris smash into the ground. Current computations place the area of impact somewhere in the vicinity of Forsyth Missouri where it is said that residents there are selling their homes and getting out as fast as they can!