Was a gambling initative recently approved in Rockaway Beach MO? 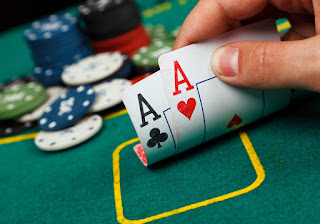 Forsyth MO. – A call from a friend of mine in the morning hours of September 22, 2016 informed me, in a matter of fact tone, that the city of Rockaway Beach had just approved  or was in the process of approval of a riverboat gambling ordinance! (I asked as to his source and he told me. Something I've chosen not to to divulge at the time of this post). As it always is with such rumors, the details were rather sketchy. I had personally thought that it would take a statewide referendum and public vote to get this approved and even then you'd have to have some gambling coop involved to finance the whole deal (please excuse the pun)!

I made a call to RB's City Hall in an effort to either support this rumor or to squelch it with hard facts. After some delay,I was told that someone would call me right back..... no one ever did.

So as of now, the rumor stands, as there seems to be at least a little smoke rising slowly above that sleepy river front town.....


'Spreading rumors is like spreading fresh manure. While something may grow from it, you still have to endure that unpleasant odor.'