Earth to get a close shave! 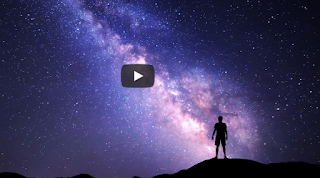 An asteroid the size of a house is set to give Earth a close shave, and you can watch part of the space rock's approach live online this evening (Oct. 11 at 7PM CST).


There's no danger of an impact by 2012 TC4 on this pass, astronomers stress. But the space rock will get quite close, coming within a mere 31,200 miles (50,200 kilometers) of Earth's surface, according to the Center for Near-Earth Object Studies, which is based at NASA's Jet Propulsion Laboratory in Pasadena, California. For perspective: The moon orbits Earth at an average distance of about 239,000 miles (384,600 km). That be dag nab-bit close!

Astronomers estimate 2012 TC4 to be 39 feet to 89 feet (12 to 27 meters) wide. That puts it in the same general size class as the object that exploded over the Russian city of Chelyabinsk in February 2013, injuring more than 1,000 people. So, were it to hit earth, only about a thousand might get injured. No big deal, right?