Sometimes, perhaps we follow people a bit too blindly! 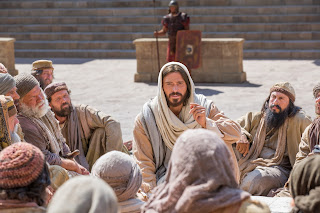 In the ancient time of Judea, the Pharisees, (who were the authoritative figures in all things religious and who were the church and who were the seat of real power for the Jewish state) had grown short sighted and self important. They would, on every Sabbath, show up in fine garbs and parade down the streets for all the common men to see and wonder at! 'Follow us and not Him', they loudly proclaimed, 'for we can see clearly the true Mind of God'!

Some of the Pharisees who were with Him heard this, and they asked Him, “Are we blind too?”

“If you were blind, Jesus replied, “you would not be guilty of sin. But since you claim you can see,’ your guilt remains.”

I'll leave it for my readers to get where I'm going with this....And so, after decades of time, I did see her face...
Posted by Dan Owen at 6:56 PM