Is Bardarbunga about to erupt! 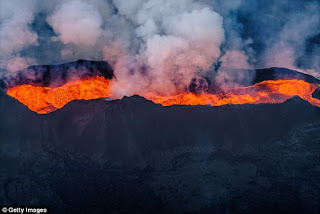 Iceland - Say it ain't so! Back in 2010, the Iceland volcano known as Bardarbunga blew her top. This event caused utter travel chaos causing more than 10 million air passengers to be stranded as a result of its ash cloud and cost the European economy an estimated £4 billion ($4.9 billion). And now geologists are warning that pressures are once again rapidly building. Another eruption could bode ill for travelers in America who might be seeking travel to Europe in the coming months!
Posted by Dan Owen at 7:34 AM