The dregs of winter!

I think of early February as a period that signifies both the midpoint of each winter and a focus of my discontent. It's the midpoint of winter, as the sludge of 2017 have not yet completely dissolved off me while the promise of yet another spring is still far off! A period of time when I often find myself falling back into old habits. Let me count a few off; slothfulness, gluttony and a general lack of any desire to exercise. (Two of those are major league sins, while the last is just me being stupid....)! 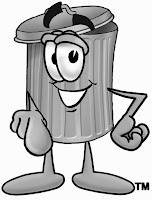 All that there seems to be in the way of political news has been the forever crusade to find Trump guilty of something. Anything! Womanizing, colluding with the Russians and even insanity top the charts for more than a year! And while this has been a white hot topic, for many on the Left, it has left me searching the channels for something else to watch. Sadly, advertising has now taken up the lion's share of most show's. I've even managed to surge a series of twelve stations in a row, never once hitting on anything other than ads for stuff I'll never buy. I can now see a time, where that tube will get someday get turned off, never to be restarted by moi... Too much garbage in too small a can.

Elvis has left the building! 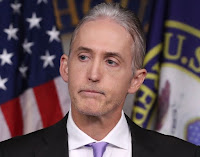 As the midterm elections draw within sight, a veritable host of Republican Senators and Representatives are throwing in the towel and have announced their retirements. Even, Tray Gowdy, a man who some thought might try for the presidency has given up. This wave of Republicans will leave the door wide open for many weird minded Democrats to fill some seats in November. Putting these people in positions of power will be much like handing the keys over to you 17 year old hormone crazed kid and telling him, 'Go do what you want!' Well, it could make for a few interesting stories for the boob tube bunch...

Mediacom. A poster child for the limp!

After subscribing to Mediacom, a cable provider, for well over ten years. I can attest to fact that the number of outages I've experienced number far too many for me to remember. The company seems to put millions into advertising, but precious few pennies into infrastructure. Mediacom, a company that offers great discounts to new subscribers (for a year), and then seems to suffer amnesia soon thereafter. Mediacom, a company who fully takes advantage of being a true monopoly. King of the hill and Lord of the Flies!
Posted by Dan Owen at 12:48 PM