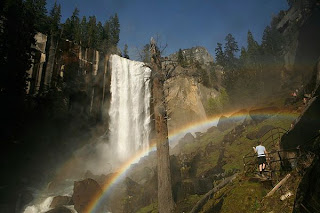 After the deaths of three hikers swept over a Yosemite waterfall this week, officials are renewing their warnings to be cautious around the park's waterways, still raging because of a late snow melt.

The accident brings the number of water-related deaths in Yosemite this year to six, park officials said. Two hikers drowned in the Hetch Hetchy Reservoir on June 29, and a hiker slipped and fell into the Merced River on the Mist Trail on May 13. 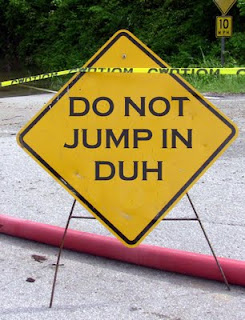 Twelve people have gone over Vernal Fall in the past, park officials said. None survived.

Yosemite National Park spokesman Scott Gediman said rangers were collecting statements and photographs from witnesses to try to piece together what happened, but "none of this will bring these people back."

The Mist Trail leading to Vernal Fall is one of the park's most popular, Gediman said, and about 1,500 make the trek to the top of the waterfall each day without incident. He insisted that the park provides sufficient warnings of the dangers, and that the spot is safe if visitors follow the rules. He said the guardrail took "some effort" to climb over.
Posted by Dan Owen at 9:33 AM