One Forsyth Missouri area park still open after the flood! 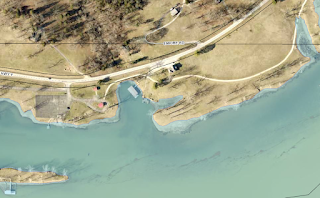 Forsyth MO. – After suffering from a 100 year flood, and even as two area parks (River Run and Shadow Rock) were both completely inundated with water, one small park area survived. 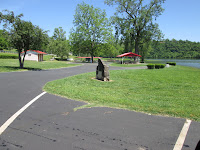 Empire District's small park area just to the southwest off Powersite dam was still open for business. This public park area supports picnic benches, a covered area, a boat ramp and bathrooms. And even if a few areas had water on them, most of the area was good to go when I visited on May 14, 2017. 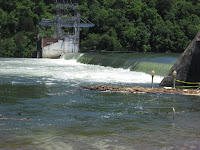 Even as record levels of water continued to flow over Powersite dam, the Taneycomo Lake area remained close to normal levels even as Bull Shoals was almost to that level! It's thought that both the Bull Shoals recreational areas will be closed for the balance of the year, even if no more rain were to fall. A situation deemed somewhat unlikely as more rain was forecast for later in the week of this post.