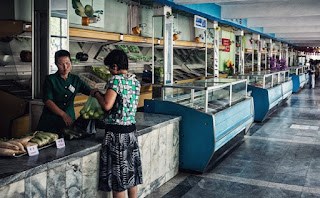 Due to a famine hitting the country because of international trade sanctions, North Koreans are forced to live off of food rations from the government. The government claims that they provide their citizens with all that they need but in reality, as this photo which was secretly taken of a grocery store proves, this is not necessarily the case. This Pyongyang supermarket is for the above average (although not elite) North Korean, and shows the paltry offerings on hand, mainly apples, turnips, and leeks. Yum… 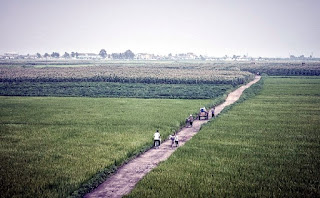 Most of the country of North Korea is starving, with a huge percentage of the population dangerously malnourished, eating rats and squirrels for sustenance. The country is therefore trying to increase its arable farmland in order to feed its people. However, due to still using farming methods from the 1700s, this isn’t really working out, with people all over the country emaciated and malnourished. North Koreans who escape to China are easily recognizable for being extremely thin, and for their tendencies to eat everything they see. 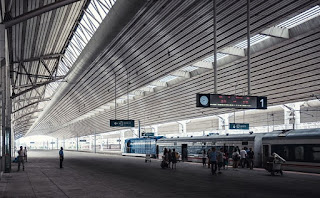 When foreigners come to visit the Hermit Kingdom, they are taken on tightly controlled, heavily monitored tours where photographing the wrong thing may just put you in jail, or worse. This photographer risked his life by taking a photo of a nearly empty train station. North Korean citizens are closely watched, and they are not allowed to travel outside of their own town or village without express written permission from the regime. The train here is mainly for tourists, and just another cog in the regime’s propaganda machine. 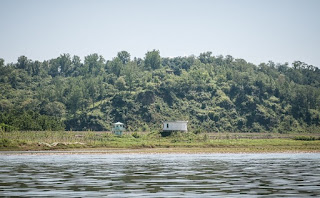 Just like in a chapter of 1984, everyone’s movements and words are monitored by the government. There isn’t a place in North Korea where you aren’t being watched, with hidden cameras and microphones located everywhere from homes to offices, parks and squares to even buses and cars! It is a not uncommon sight to see North Korean military watchtowers watching towns, making sure that everyone is in line.
Posted by Dan Owen at 9:18 AM