A world in which allergies have gone wild! 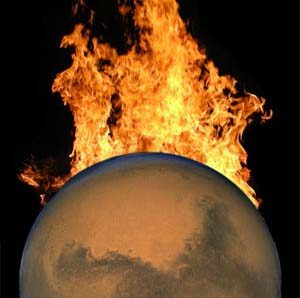 There is no mistaking that the climate is warming here in the North American continent. And, with that all that warming comes a few nasty surprises, not the least of which will be the brutal manner in which people who suffer with allergies will find things getting worst! Some plants (like ragweed) are in absolute hyper-drive due to the very favorable and warm climate we experienced this early spring. (March temperatures in my location, close to Branson Missouri, ranged an average of about twelve degrees above normal in March and have been over eight degrees above normal in April). People who are already sensitized to certain forms of pollen may really get walloped as we head toward the summer and fall months.

But that’s not all! Count on some species of wasps like yellow jackets and other hornets to make big time inroads into the middle states. These insets will attack with the least provocation and their stings can be severe! Also, mosquitoes which are the vectors for such illnesses as West Nile Virus, EEE (Eastern Equine Encephalitis), WEE (Western Equine Encephalitis), St. Louis Encephalitis, La Crosse Encephalitis, Dengue Fever and Heart worms are on the rise in some states that have had few problems in the past. Add to that growing list, the progressive incursions of such nastiness as the fire ant and African bee and you might just become afraid to leave your house!

The bottom line; be on your guard this summer and make sure to take some form of protection with you when you venture outside.
Posted by Dan Owen at 1:02 PM