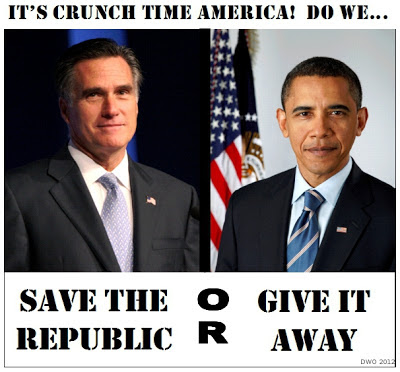 Don't get me wrong. I like President Obama and I know in his heart he is doing what he thinks is best for our Country! However, his record does not reflect the direction I think most Americans want to go. So perhaps it's time we craft ourselves a fresh start. That doesn't mean I want to see this country go to just one party, it means I want to see some people (on both sides of the isle) removed in favor of replacing them with forward thinking men and women whose first and foremost priority will be adherence to the Constitution and who have a great desire to work, not as Republicans or Democrats, but as Americans.

Secondly, I would like us all to get started on the real work that lies ahead; returning solvency and prosperity to the greatest Free Country in the World!
Posted by Dan Owen at 11:25 AM