End Times: A novel in the making? 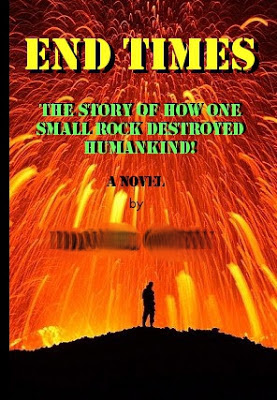 I had an idea for a novel that would explore the concept of how a simple chain of events could end up with Earth experiencing both a nuclear and volcanic winter at the same time! The story would center around a character by the name of Cliff Roberts; an aging professor at Berkley California who specializes in sudden and abrupt climate change along with the factors that can cause it. Soon he finds himself the in the center of a maelstrom of events that will lead humanity on a path to destruction and, just possibly, salvation. Please feel free to read on…

It was springtime and Cliff Roberts had himself a busy schedule on tap. While forty years of living a hectic lifestyle as senior professor of climate change in Berkley California had done little good for his face, inside he was still energized and intellectually razor sharp - He had to be or his students would run over him like a Mac truck.

As he sat himself down to a plate of eggs (bad for the heart), toast and milk, he looked up briefly at an old tube type TV stuffed into a remote corner of the kitchen. The words ‘asteroid strike’ had caught his attention and for a moment his breakfast was forgotten.

[This just in from NASA...Apparently, a small asteroid has struck the US in the vicinity of Yellowstone Park. Details remain sketchy as the area of impact has been cordoned off by emergency services…. stay tuned to this channel folks for unfolding events as they happen…]

“Well, I’ll be! Cliff spoke aloud to the toaster as though it could hear him. It did not. “How bad could it have been? That media guy had used the word small had he not?” The toaster remained stoically mute. Cliff decided to refocus his attention on his breakfast and then get ready for work.

-----------
Eleven hundred miles to the northwest of Cliff’s home, in the area of Yellowstone Park, a scene out of Dante’s Inferno was rapidly unfolding. While the ‘asteroid’ had turned out to be just a large meteorite measuring less than two hundred feet across, it had landed almost directly over the immense magma dome under Lake Yellowstone. Now a small fissure that had been created by the impact was rapidly expanding, and in doing so, was opening the doors to hell on earth – and super volcanic eruption was now only hours away. No one on planet, not Cliff, the President or anyone else for that matter earth had any idea of how such a seemingly minor impact was going to set the stage for a series of events that would end in the near extinction of mankind and most surprisingly, their salvation.
Posted by Dan Owen at 9:34 AM