Random Thoughts for the end of January 2014! 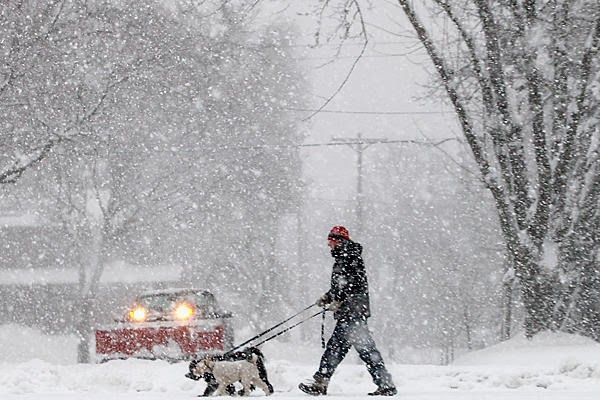 Increasingly and with advancing age, the month of January has gotten harder each times it comes around. Perhaps it's the cold air or the lack of sports or maybe it's just all the dead brown trees, but what ever the cause I'm always glad to see it in the back mirror. That's not to say February is much better...

Another winter storm to hit the Midwest!

Bless my frozen heart. We've got us yet another winter storm coming our way. It's timed to make early February noteworthy with some slide offs and fender benders. That's the latest news out of the National Weather Service at any rate. It's supposed to hit sometime late on Monday, so the Tuesday commute could be problematic for some. I plan to stay safely inside after going out for groceries on early Monday morning.

Sadly, after paying for a second back to back all time high electric bill, I was hoping for a real early spring to hit my area in southwest Missouri. This storm doesn't make that look very promising. See more at www.taneyservices.com!

How about that State of the Union address?

My question after listening to the entire diatribe is – 'what the heck did he talk about other than tax and spend and then spend some more?' Seriously, I feel President Obama has done more to set the black cause back than any other man I can think of. That not me just saying that either - see this article. And, now we will have a chance to elect the first women president in 2016. How do you think that will turn out? Still, I think old Nutcracker Hilliary would be an interesting follow up to the cluster 'you know what' we've all endured right before her.

Keystone pipeline report to be out soon!

The rumors now flying around Washington that the environmental impact of running the pipeline will not be that big of a deal is sure to disappoint some of the left wing segments of our population who seem against the United States energy interests. Fortunately for them, the State Department wants to launch a new review based on the complaints that the pipeline may look too phallic for some sensitive females who might spot it while traveling around in their cars. This review could also take years to reach any conclusions. In the meantime, the rest of us can sit around at home because we can't afford to buy gas.
Posted by Dan Owen at 10:01 AM