The enigma of the campsite canopies! 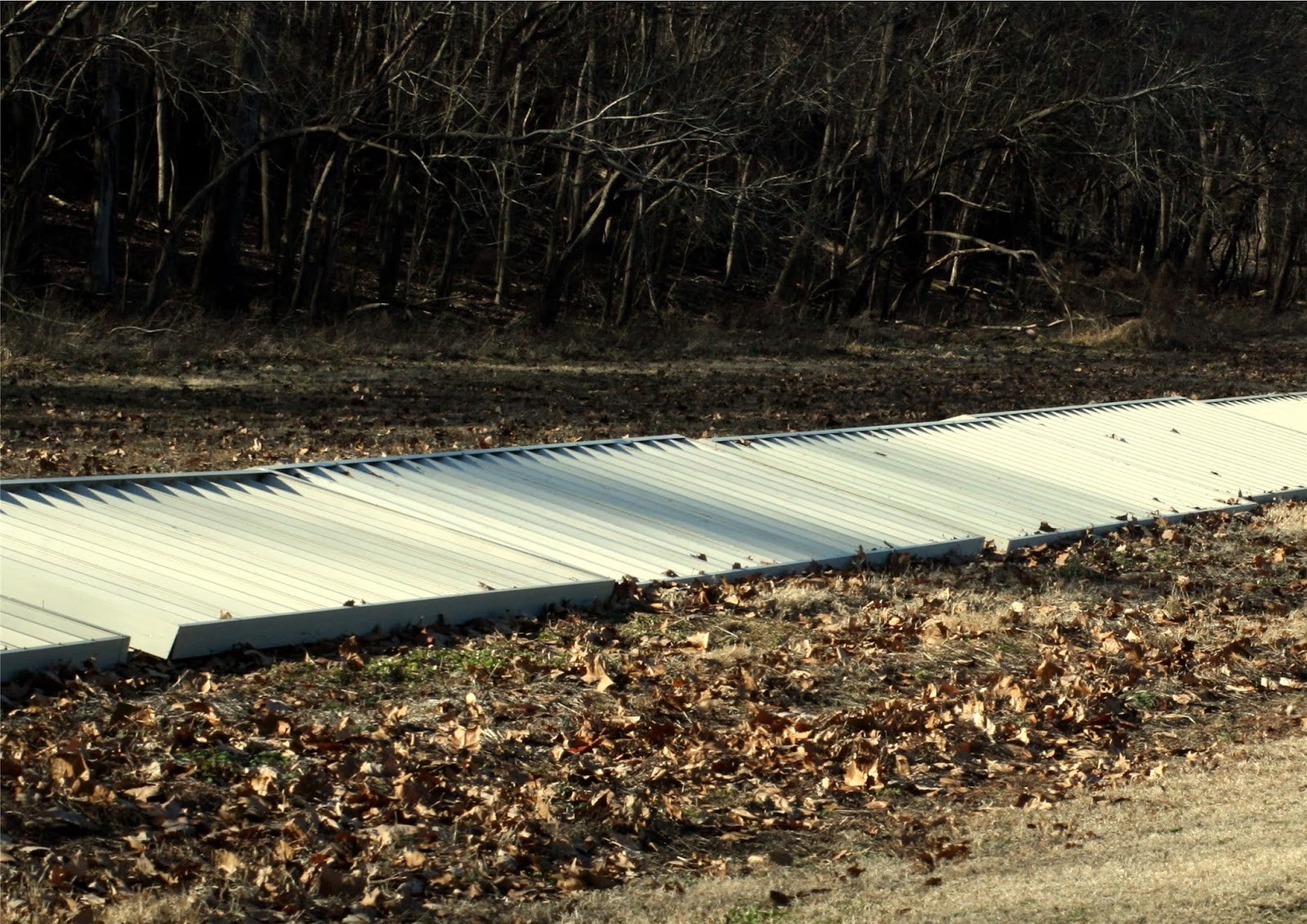 It would seem that like God, the Corps of Engineers must work in strange ways. At least that would seem to be the case at the River Run location just to the east of Forsyth Missouri!

Back in December of 2013, the Army corps of engineers decided to remove 14 canopies that shielded the picnic tables that ran along Bull Shoals. These were dumped at two locations and there they have sat ever since. When I asked other laypersons why this was done in the first place, the most logical answer I heard was that they were removed due to the fear of flooding. OK...but if the park were to flood, what's to keep these light weight aluminum structures from floating on down the river?

Seriously, it cost us taxpayers money to take these down and it will cost even more to put them back up. What gives? If this group of government employees is at a loss for things to do, then perhaps they could donate time to the City of Forsyth, which I'm sure could use some free help.
Posted by Dan Owen at 10:54 AM